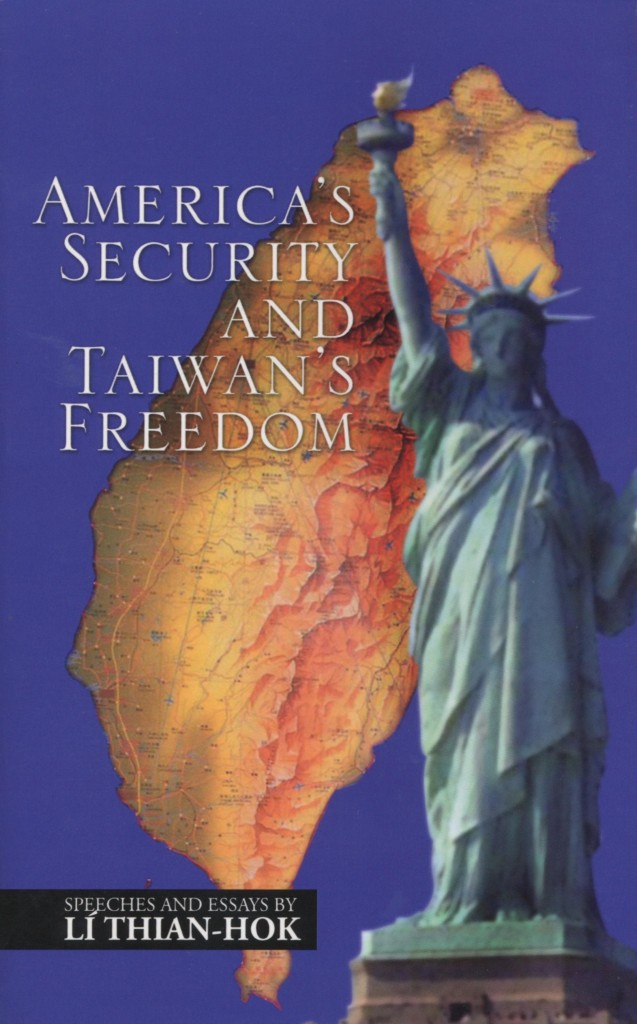 This book incorporates my speeches and essays over half a century from 1956 to 2009. The book is organized into three parts. Part I covers speeches and writings from 1997 to 2009. Part II includes selected papers from 1956 to 1960.. Part III is a compilation of excerpts from documents relevant to the future status of Taiwan.

I was born and raised in Taiwan and came to the United States to study medicine right after graduating from high school. In 1956, while a freshman at a medical school in Philadelphia, I initiated the first Taiwan independence organization in North America with a group of graduate students at the University of Pennsylvania. This organization was called Formosans’ Free Formosa. After just one year of medical school, I transferred to the University of Minnesota to major in political science and macro economics. After graduation, I won a fellowship to pursue graduate study at Princeton University. I was graduated with a Master in Public Affairs from the Woodrow Wilson School of Public and International Affairs there.

The paper on the February 28 Incident of 1947 should be a good, concise reference source to that momentous event in Taiwan’s modem history. The article “Our Struggle for Liberty” is a short introduction to Taiwan’s 400-year history.

After graduation from Princeton University, I found a job at the Penn Mutual Life Insurance Company and started to take actuarial examinations. Several years after becoming a Fellow of the Society of Actuaries, I launched a pension and actuarial consulting practice of my own in 1978. In 1997,1 retired from most of my consulting work and started to study issues related to Taiwan, to give talks and write articles.

Part I.A contains six selected speeches from 1997 to 2009. Most of this material has not been published before. Reading through the speeches will give the reader a good grasp of the major themes of this book.

I believe democracy is good for the Taiwanese people. Democratization ot China would be good for the Chinese people and the rest ot the world. Preservation of Taiwan as an independent democracy is in the interest of the United States because a free Taiwan serves as a useful model for the People’s Republic of China and because it is the burden of American history that we must always weigh short-term pragmatic interests against our moral obligation to advance democratic values and protect human rights. The image of the United States as the leader of the democratic nations is in fact an invaluable strategic asset since it enhances the United States’ power and influence around the globe.

There is too little appreciation of the nature and depth of Chinese nationalism, which is constantly reinforced by “patriotism education.” The basic defense strategy of the United States is misdirected. We

devote much of the nation’s military resources and wealth on the war on terror, to deter Jihadist attacks on the U.S. homeland, but neglect to prepare for the potentially far greater challenge from a rising China. It is not prudent to assume that China’s economic reform will inevitably be followed by political liberalization, or to believe that if we treat China as a friend it will in fact become a friend. Some U.S. scholars claim we are following an “engage but hedge” policy toward China.In reality, while engagement is facilitating China’s emergence as a growing military and economic power, hedging is a mere slogan as the United States dissipates its national strength in the quagmire of Middle East conflicts.

The World Affairs and Defence Review essays in Part I.B of the book reiterate the above themes.

In 2000, I began writing op-eds for the Taipei Times soon after the paper was launched. I have published nearly eighty essays in the Taipei Times since then. The decade 2000-2009 was dominated by the war on terror following the 9/11 attacks on the United States and ended with the global financial crisis and great recession. The decade was also marked by the steady expansion of China’s power and influence and the relative decline of the United States. The United States and China have become increasingly interdependent. China is now the greatest creditor to the United States and the U.S.’s debt to China is likely to grow as our trade deficit with China persists. In the meantime, the U.S.-Japan alliance shows signs of fraying.

Against this background, the Taipei Times op-eds expound a major theme that the national security of the United States is ultimately linked to the preservation of an independent democratic state of Taiwan.

These essays address many important events in U.S.-Taiwan-China relations of the past decade. The November 1，2003, essay “The Threat in China’s Space Race” marked China’s launching of its first manned spacecraft. It is a useful starting point for a reader interested in China’s space efforts.

Many essays are my critiques of the Democratic Progressive Party’s inadequate attention to national defense and its “active opening, effective management” economic policy toward China. The former has resulted in Taiwan’s vulnerability to Chinese attack and the latter in the excessive dependence of Taiwan’s economy on China’s prosperity and good will. Since my suggestions were not heeded by the DPP government, the messages were often repeated, although at different times and in various contexts.

There is a stereotype perception among U.S. policy makers and academics that former Taiwan president Chen Shui-bian promoted Taiwan independence. This is a misunderstanding. It was not until the last year of the DPP rule, when Chen’s approval rating fell below 20 percent that he began to advocate independence for Taiwan. In December, Chen penned a statement from prison recanting the implicit acceptance of the Republic of China framework incorporated in the 1999 DPP Resolution Regarding Taiwan’s Future. Chen now asserts that the DPP should abandon the ROC constitution and government, and strive for “one nation on each side of the Taiwan Strait.” However, his policies contributed to today’s military imbalance across the Taiwan Strait and Taiwan’s stagnant economy due to massive outflow of Taiwan’s capital, technology, and manpower to the PRC.

Other essays are my critiques of U.S. policy toward Taiwan and the PRC. My main complaints are that Washington has paid too little attention to Taiwan’s complex politics, has scant appreciation of Taiwan’s strategic value in steering China toward democratization, and seems to be oblivious to the adverse consequences to U.S. interests which are bound to follow should Taiwan fall prey to China’s expansionist ambitions. Thus, the past decade also witnessed a steady deterioration in U.S.-Taiwan relations, for the various reasons discussed in this volume.

Three op-eds written in 2006 are specific criticisms of U.S. policy or viewpoint. The August 29 article “Wishy-washy policy hurts the United States” is a candid assessment of AIT director Douglas Paal’s stint in Taipei. The May 26 essay “It’s time to restore balance to U.S.-Taiwan Policy1′ is a critique of Deputy Secretary of State Robert Zoellick’s testimony at Capitol Hill on May 10, 2006. The April 14 article “U.S. Security tied up with Taiwan’s” rebuts Professor Robert Ross^ essay in the March/April issue of Foreign Affairs, titled “Taiwan’s Fading Independence Movement.”

The January 7, 2005 op-ed “Foggy Bottom follies spell trouble” describes the confusion in U.S. Taiwan policy at the top levels of the State Department.

The excerpts from key documents in Part III should give scholars and government officials a quick reference source as well as an insight into the sentiment of the majority Taiwanese regarding the island’s future.

Taiwan is facing a grave crisis. The Chinese Communist Party and Taiwan’s Kuomintang are collaborating actively to turn democratic Taiwan into a province of the PRC by 2012, while both the United

States and Japan appear so intimidated by China that both nations appear to downplay their democratic values and even economic and national security to show their deference to Beijing.

Hopefully this book will cause policy makers and scholars to ponder the consequences of Taiwan’s annexation by an increasingly assertive China. What would happen to the geostrategic balance in East Asia? What would happen to the U.S.-Japan military alliance? Has the United States decided to acquiesce in the downfall of democratic Taiwan? Has the United States reconciled itself to the eventual Chinese hegemony of Asia or over the whole world?

The answers to these questions, as well as the future path of rising China, will ultimately have a bearing on the security of the U.S. homeland. 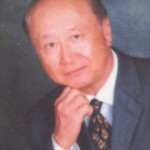 The greatest threat to the U.S. s homeland security is not a terrorist attack with a dirty bomb; it is an unexpected nuclear Pearl Harbor. – Author

Taiwan’s democratic achievement and vision of the future… are consistent with the American experience. Will Beijing eventually follow such a course? Decisions are still to be made, and there are limits to how effectively the U.S. can influence these decisions. But we can and we must continue to support Taiwan. Its security is ultimately our security. Of that we can be sure – the late Congressman Gerald B. H. Solomon

Li explains how America’s security hinges on Taiwan’s survival as an independent democracy.

After retiring from a career in actuarial consulting, Li took up the study of U.S.- Taiwan relations and related topics and began to publish articles on the importance of Taiwan’s freedom to U.S. geostrategic interests in Asia and ultimately to Americas homeland security.

Li is a Distinguished Fellow of the International Assessment and Strategy Center.