STATEMENT OF PORTIA WU
NOMINEE FOR U.S. DEPARTMENT OF LABOR
ASSISTANT SECRETARY FOR EMPLOYMENT AND TRAINING
CONFIRMATION HEARING BEFORE THE SENATE COMMITTEE ON
HEALTH, EDUCATION, LABOR AND PENSIONS
FEBRUARY 11, 2014

Thank you Chairman Harkin, Senator Alexander, and distinguished members of the Committee. It is an honor to appear before you today as you consider my nomination. I want to thank President Obama for nominating me and for allowing me to serve in the Administration thus far, and I thank Secretary Perez for supporting me for this position.

I also want to acknowledge my family, particularly my parents, Tom Wu and An-Ya Shih Wu, who are with me here today. They taught me that hard work and a great education are the keys to success in life. Their example showed me the value of public service: they spent most of their careers as doctors in the Veterans’ Administration hospital in Albany, New York, caring for sick veterans who often had nowhere else to turn. My parents’ support, and my husband Brad’s, have been crucial to my career and I could not have come this far without them.

And of course, I am pleased to return to this hearing room, where I spent many hours working for the Committee under Chairman Harkin and the late, great Senator Kennedy. Here, I saw Senators come together to make life better for working people in this country, and that bipartisan example inspires me to this day.

It’s an honor to be considered for the role of Assistant Secretary of the Employment and Training Administration (ETA). Work is not just about earning a wage; it also is about dignity. It helps give our lives purpose and meaning. That is why the loss of a job can be so devastating and that is why access to the right job training and opportunities means not only economic security but also a brighter future for workers and their families. And that is why ETA’s work is so important.

I believe I bring the vision and experience this job requires. Helping workers to improve their lives and working cooperatively with businesses to find solutions have been guiding principles throughout my career, both in government and outside it.

As an attorney in private practice, I represented many workers whose industries and lives were in transition: hotel housekeepers, firefighters, garment workers, steel mill and factory workers. They held very different jobs but they all faced the same struggles—lack of opportunity or even job loss. They also had the same aspirations—greater opportunity and security for themselves and their families. I wanted to help more workers and families access those opportunities, and that led me here to work at the HELP Committee.

As a Senate staffer, I worked to make our nation’s laws more responsive to the needs of workers and employers. I tackled complex issues—mine safety, pensions, worker’ compensation—and helped to reform programs that needed changing. And I learned the great value of bringing people together across party lines to find common ground for action.

Often that action involved programs within ETA: Senator Kennedy’s Unemployment Insurance Modernization Act provided incentives to states to update their laws to better serve Americans looking for work. During the immigration reform debates in 2006 and 2007, I worked on temporary labor programs, trying to strike the right balance between meeting the needs of employers and protecting the wages and opportunities of American workers.

In my current position at the White House, I have had the privilege to continue working on these vital issues, advancing the President’s job training and skills agenda to build a stronger and more secure middle class. This work has included proposals to support community colleges, to improve our workforce system, and to reform our unemployment insurance system so that it supports Americans who are looking for work and better connects them to jobs. I led the Cross-Agency Priority working group on job training, helping agencies to focus on improved data and transparency and increased accountability. Most recently, I worked on the President’s initiative to address long-term unemployment, which brought together corporate CEOs and non-profits, community colleges and the workforce system to help those workers who have been hit hardest by the Great Recession to get back to work.

As the President said in the State of the Union, the goal of our job training system should be to train workers with the skills employers need, and match them to good jobs that need to be filled right now. This goal is one that unites us, and benefits workers, businesses and our economy. This is the mission of ETA’s programs, and if confirmed, one I would be honored to help guide.

Yesterday, President Barack Obama announced the nomination of Portia Wu as the next assistant secretary of the U.S. Department of Labor’s (USDOL) Employment & Training Administration (ETA). Wu has an extensive background in labor and workforce policy, and has been a regular collaborator with National Skills Coalition on a variety of issues. NSC congratulates her on her nomination and looks forward to continuing to work with her in her new leadership position to help provide U.S. workers and employers the skills they need to succeed.

“We’ve enjoyed working with Portia over the past several years in her role at the Domestic Policy Counsel,” said NSC Executive Director Andy Van Kleunen. “She understands the important role that federal policy can play in promoting more effective partnerships between education and training providers and local industry to help more people gain access to good jobs. And she is committed to documenting results, and sharing that data with the public so people can make more informed decisions about their careers.”

Wu currently serves as special assistant to the president for labor and workforce policy at the White House Domestic Policy Council. Previously, she was vice president at the National Partnership for Women and Families, overseeing Work-Family and Workplace Fairness policy. For seven years, she worked for Senator Edward Kennedy as the labor policy director and general counsel for the Senate Health, Education, Labor, and Pensions committee.

She was approved by Senator Committee in April, 2014 as Assistant Secretary of Department of Labor.

Her parents are both medical doctors from Taiwan, current residing in Albany, NY. 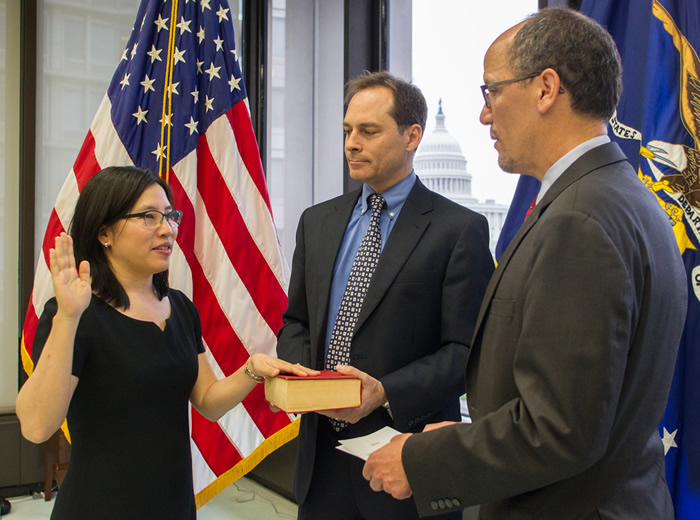 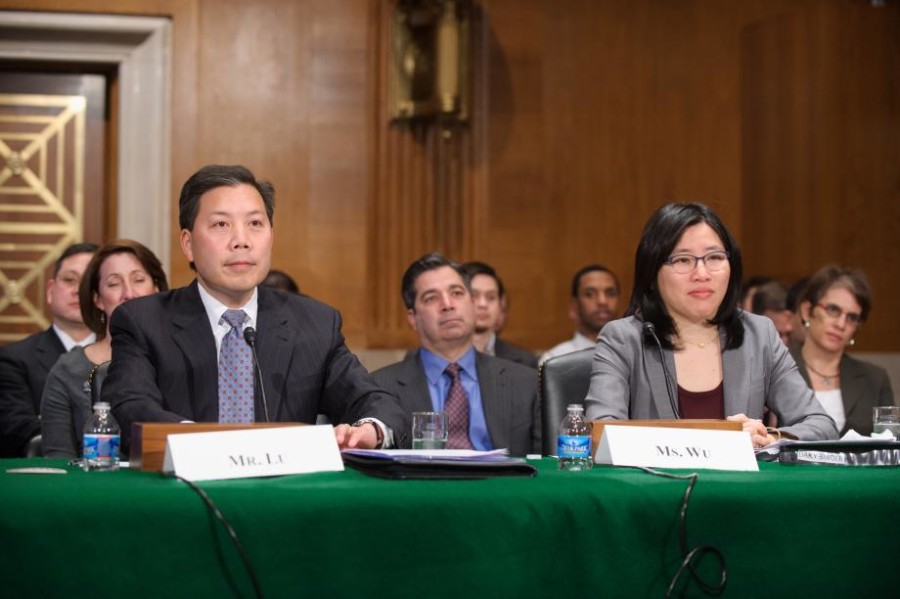