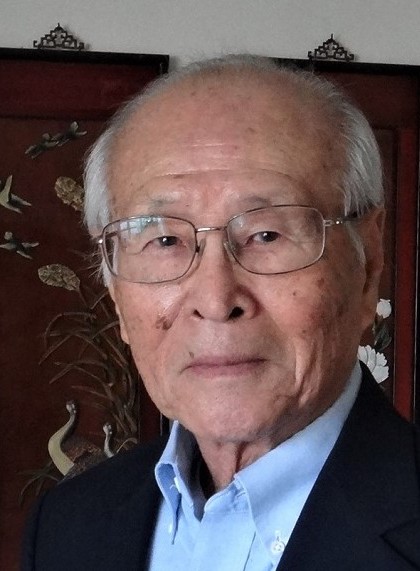 Chungchin Chen (陳仲欽) was born in Hsinchu City, Taiwan in 1935.  He received his bachelor’s degree in political science from National Chengchi University in 1959. Inspired by his professor, he decided to pursue advanced study of urban planning in the U.S.

After completing his military duty and teaching English at a high school in his hometown, he was admitted to the Department of City Planning at the UC Berkeley. He was the first foreign student from Taiwan to enroll in the Department.

He completed his graduate study at Berkeley and received his Master’s Degree in City Planning (MCP) in June 1965, and became a member of the American Planners Society (later the American Institute of Planners).  He started his professional career as Assistant Planner in August 1965 at the City Planning Department, City of Kansas, Missouri, being assigned to the Advance Planning Division. The city was founded in 1853. A symbolic of beauty of American “City Beautiful Movement” in late 19th century, Kansas City is famous for its systems of boulevards, parks and water fountains.

As there was a shortage of trained urban planners, he was recruited as a Senior Planner by the Metropolitan Planning Department of Marion County, Indiana in July 1967. The department was responsible for planning Marion County and the City of Indianapolis, the State capital. The City and County were consolidated to form a “City-County Uni-Government” to improve public services and efficiency in 1968.  One of his assignments was to draft a 15-chapter training handbook for the lay-man members of the planning commission.  The handbook was translated into Chinese as reference for the Steering Committee of Regional Planning of the Executive Yuan in Taiwan.

He came to Albany, the capital of New York, to join the Capital District Regional Planning Commission (CDRPC) as its Chief Planner in January 1970. Albany is the oldest city of America, the political, economic, cultural, and transportation center of Upstate New York. With a total population of 838,000 in 2010, the region’s land area of 2,370 square miles is about one-sixth of Taiwan’s total area. He was promoted to the Deputy Executive Director in 1974. He pursued the Commission’s top staff position, the Executive Director, under a nation-wide open competition in October 1980 and was selected for the job. He was one of the few foreign-born planners to assume such prestigious position among the 360 regional planning agencies in the nation.

In addition to supervising the normal planning activities during his 23-year tenure as the Executive Director of CDRPC, he led the agency in carrying out new programs beyond the traditional functions of regional planning.  Those programs included: (1) Establishment of Regional Economic District; (2) Creation of region-wide Foreign Trade Zone; (3) Construction of the Capital District Juvenile Secure Detention Facility. The Facility project, a difficult multi-county joint venture the first of the kind in the nation, won the agency the First Achievement Prize at the Annual Conference of the National Association of Regional Councils in 1998.  He retired with honor from CDRPC in July 2003 after 38 years of continuing public service in the U.S. In 2018, Chungchin Chen was selected by T.A. Archives as an Outstanding Taiwanese American.