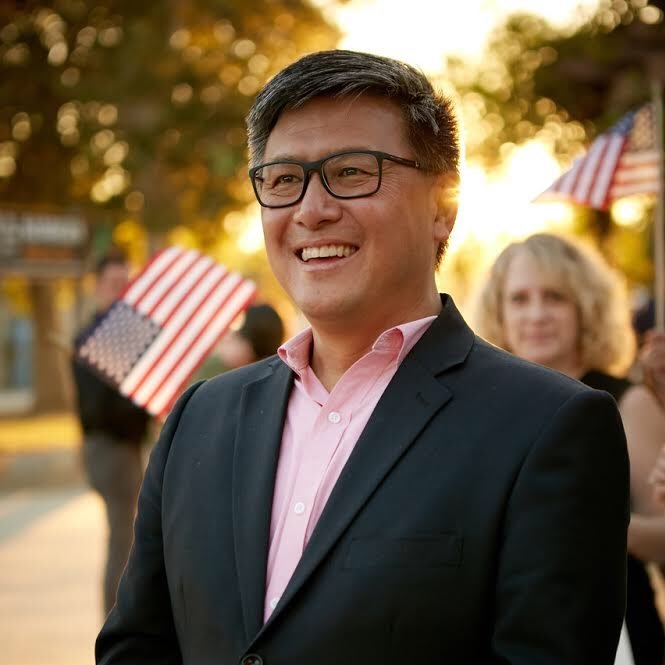 John Chiang (江俊輝 Chiang Chun-hui) was born in New York on July 31, 1962. Raised by Taiwanese immigrant parents, he grew up in the Chicago suburbs and attended Carl Sandburg High School. He became involved in politics at an early age, serving as vice-president of his high school’s student body. Chiang earned his bachelor’s degree in finance from the University of South Florida, where he graduated with honors. He continued his studies at Georgetown University Law Center, following in the footsteps of his maternal grandfather Shen Rong (沈榮), a prominent Taiwanese lawyer.

Chiang moved to Los Angeles in 1987, working as a tax law specialist for the IRS. There, he involved himself with the local Democratic Party of San Fernando Valley and the West LA Democratic Club. Later in his career, he worked as an attorney for Gray Davis, who at the time was serving as California State Controller. He also worked as a staff member for California Senator Barbara Boxer. In 1997, he was appointed to the California Board of Equalization after an incumbent board member resigned. The next year, he was elected to continue serving on the board, and was re-elected for a second term in 2002. During his time on the Board, he served as Chair and represented the Fourth Distract, which serves southern Los Angeles County.

In 2006, Chiang ran for California State Controller and by over 870,000 votes. He ran again in 2010, winning by 1.8 million votes. In 2014, Chiang ran for California State Treasurer, winning by 58.8%, or more than 1.2 million votes. On May 17, 2019, he announced his bid to become California’s first Asian-American Governor. At his peak he polled at 11%, but ultimately did not win enough votes in the primary to qualify for the runoff.

In 2019, Chiang announced plans to start a political action committee to help Democrats from the Asian-American and Pacific Islander (AAPI) community get elected. The organization, ElectAAPI.Org, seeks to support Democratic AAPI candidates through financial contributions and community mobilization efforts. The organization also aims to expose and defeat policies and candidates that pose threats to communities of color, immigrants, and AAPI communities.