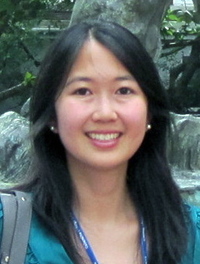 Melanie Lee (李玫蘭 Li Mei-lan) was born in 1984 in the United States to Taiwanese immigrants. Growing up hearing her parents talk with their Taiwanese friends, she was aware of international political affairs, especially those concerning Taiwan, from a very early age. In high school, she participated in student government, and was a delegate at the US Senate Youth Conference. She was also selected as a speaker for her high school graduation. After graduation, she worked a summer internship at the Formosan Association for Public Affairs at the headquarters in Washington D.C.

Lee completed her undergraduate studies at Columbia University, double majoring in political science and East Asian studies. During her time at Columbia, she served as president of the Intercollegiate Taiwanese American Students Association (ITASA). After graduation, Lee was granted a year-long Fulbright scholarship to study and work in Taiwan as an English Teaching Assistant at a public school in Yilan. Lee’s time in Taiwan inspired her to pursue a career in teaching, and upon her return, she joined the NYC Teaching Fellows program, which allowed her to begin teaching in New York public schools and simultaneously earn her masters’ in education. She began working as a high school English as a Second Language (ESL) teacher. Three years later, she began working at a dual-language high school that has a large population of students who immigrated from Chinese-speaking countries. While teaching, Lee studied to receive her license to become a high school principal. She returned to the Teachers College at Columbia, enrolled in the Summer Principals Academy, and received a masters’ degree in School Building Leadership.

In 2013, Lee was accepted to open a new high school in Flushing, Queens called Queens High School for Language Studies (QHSLS). QHSLS has a large population of Chinese-speaking students, and also teaches Mandarin as a second language. The year 2017 saw the graduation of the first group of students to attend QHSLS. The statistics were good; with a 94% graduation rate, and an 84% college enrollment rate, QHSLS performed above the city average.

Additionally, Lee created a program that allows four-year students of Mandarin to visit Taiwan before graduation. The program is associated with the Fulbright program, allowing students the opportunity to tour the island and give presentations to public schools around Taiwan. The program aims not only to reward hard-working students, but to give students the opportunity to learn more about the culture, politics, and democratic values of Taiwan. In 2019, Lee was selected by T.A. Archives as an Outstanding Taiwanese American.