That year, I attended UW-Stout University, Menomonie, Wisconsin as a graduate school student majoring in Media Technology. In the snowy winter days, I routinely worked in the school cafeteria early mornings, went to Classes, completed school projects and had little time for leisure.

One day, I wore the winter coat that my mother made for me, for the severe winter of Wisconsin. The road was icy and freezing and I clumsily slipped! My classmate Tedla quickly helped me up. He offered me a cup of coffee to warm up my body. That day’s class was over, I simply responded OK. I had not yet recovered from the shock of the fall. This was the first time I experienced coffee. While tasting that bitter taste of coffee, my good friend, Emily, walked over and asked me with a smile, “You also drink coffee?” I hadn’t replied yet, she already walked away, mischievously. Tedla asked me who she was, and asked me to introduce Emily to him. His strategy was that we would go out for dinner together, he would invite his good friend, John, to join us. This way, he could concentrate on talking to Emily. That was the plan, so I met John.

John’s parents were kind pastors. When Telda and Emily had time, we followed John to Cadott which was a small city near the university, to visit John’s parents. In addition to John’s parents, his older and younger brother were also pastors. Gradually, they became very interested in my Taiwanese background and often asked me about some Taiwanese customs, culture, geography and history.

Poor me, a good student under Kuomintang’s ideological education in Taiwan, I found that I knew almost nothing about Taiwan. People were so enthusiastic about wanting to know my background, but I didn’t know much. I couldn’t even think of what kind of culture Taiwan has. In the Japanese era, my parents accepted Japanese culture. After the Chinese came to Taiwan, students learned Chinese culture. But my parents and grandparents often verbally said, “We are Taiwanese …………..” and never said “We are Chinese …”. This is how my Taiwan consciousness began to sprout, grow, and thrive. I called back to Taiwan several times just to listen to my mother ’s caring Holo dialect. After the severe winter, the spring blossomed, and occasionally I heard earthworms screaming, I thought I was in Hsinchu! Taiwan.

Telda and Emily had a sweet and passionate relationship. However, they broke-up!! But John often came to visit me. Our friendship rose warmly.

Taiwanese have a saying, “Planting flowers, flowers won’t bloom., but willows sprout all over”, we were not only married, but also had a pair of lovely children. John often told people proudly, “My wife is made in Taiwan.”  Absolutely! He really knew his goods, not only had a beloved wife, but also had two lovely children.

Early 1995, John was sawing an old willow tree branch for a neighbor across from our street and unfortunately slipped off the ladder which was 23 feet high. An ambulance drove him to urgent care. I was working and informed by my neighbor. Immediately I drove to urgent care, John was stiff, had massive internal organs bleeding, and had a brain injury index of 2. The doctor told me that all parents, brothers and children who were close to John, hurried to visit him. He was in a coma for at least two months. I drove to the hospital, 25 miles away, to visit him every early morning, noon and after work. Our children studying in different universities came to the hospital and played the violin by his bedside every weekend regardless if they were busy with  schoolwork and work. They played the most beautiful and touching violin music for him.  All the nurses and doctors praised the music and it was very pleasant, only John was lying quietly, silently, speechlessly, no expression and motionless.

The entire emergency room was covered with GETWELL cards and filled with all kinds of flowers. Thanks to the Lord’s grace, John was alive. Slowly, he opened his eyes, moved hands and feet weakly, smiled motionlessly, spoke words that no one understood, scribbled words that no one knew, tried to unplug dozens of tubes from his body, and played in his wheelchair. He did not know how to wash his face, brush his teeth, comb his hair, nor change clothes. Rehabilitation was slow and frustrating. Even though he was given a license to drive, he often drove recklessly. However, after years of active rehabilitation and improvement, coupled with the care, prayers, and support of relatives and friends, he was able to drive me to participate in Taiwanese gatherings and meetings.

If I can contribute a little bit to Taiwan’s Freedom & Democracy today. I really want to thank the Lord for his love and give me the ability to contribute. Thanks also to John for his enlightenment, company, and encouragement. 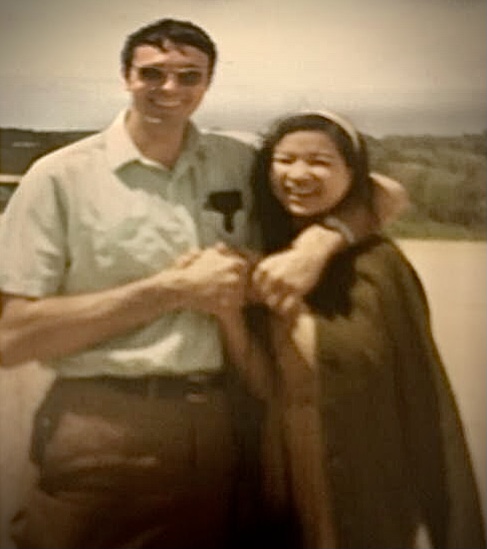 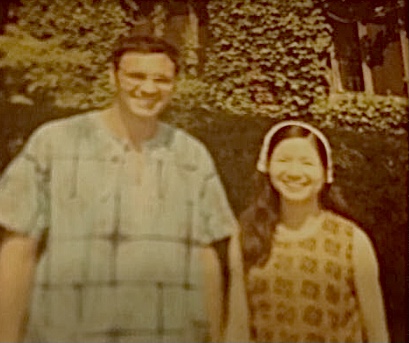