A Medal from the Japanese Emperor 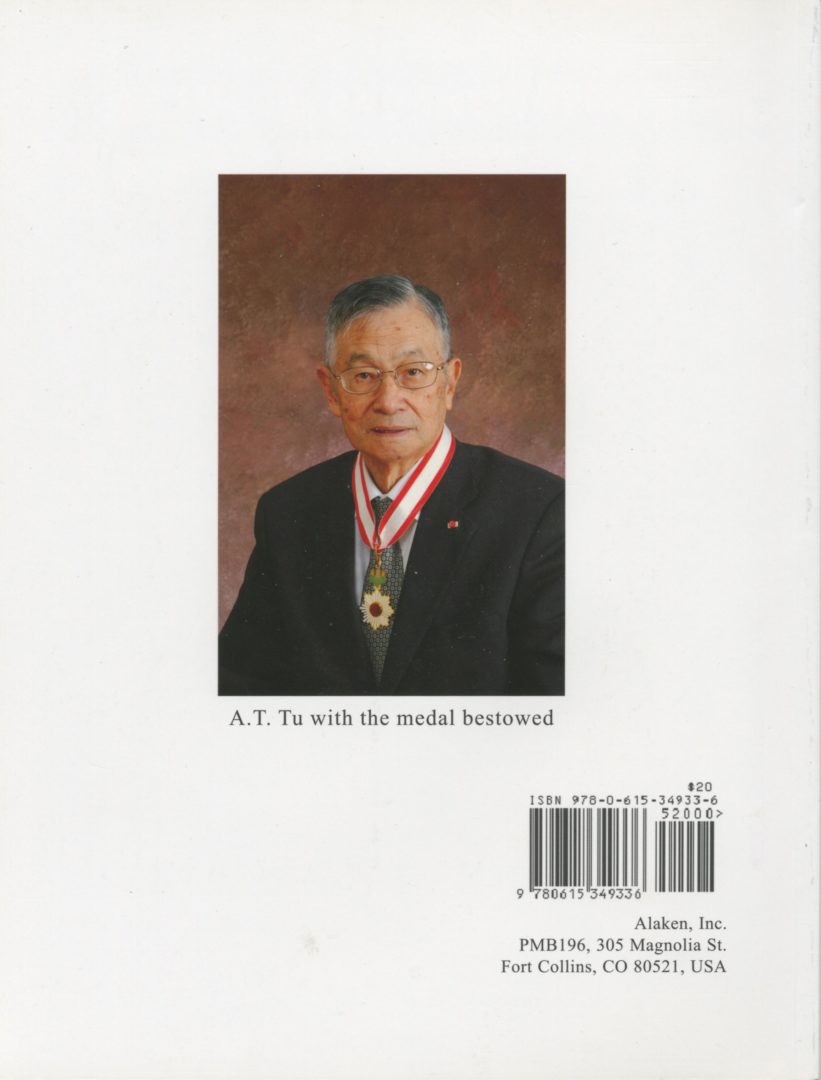 In 2009, I was fortunate enough to unexpectedly receive a medal from the Japanese Emperor, for my contribution on the Development of Crisis and Risk management in Japan. The medal was a result of the effort of many Japanese friends, especially from my toxicology colleagues who thought I deserved such a great honor. I owe many thanks to Dr. Ikuo Yamamoto and Dr. Yasuharu Akagi who really promoted the process of the medal awarding to the Japanese government. I think this is the only time I will receive such an honor, and there is no second chance for receiving another medal. Therefore, I decided to make a small book to commemorate such a historical occasion for me, and to be able to share my happiness with my friends.

For helping me with this booklet, I would like to give thanks to Prof.

Chuchang Chiu, an instructor of Chinese, and Miss Jasmine Olson, my secretary. 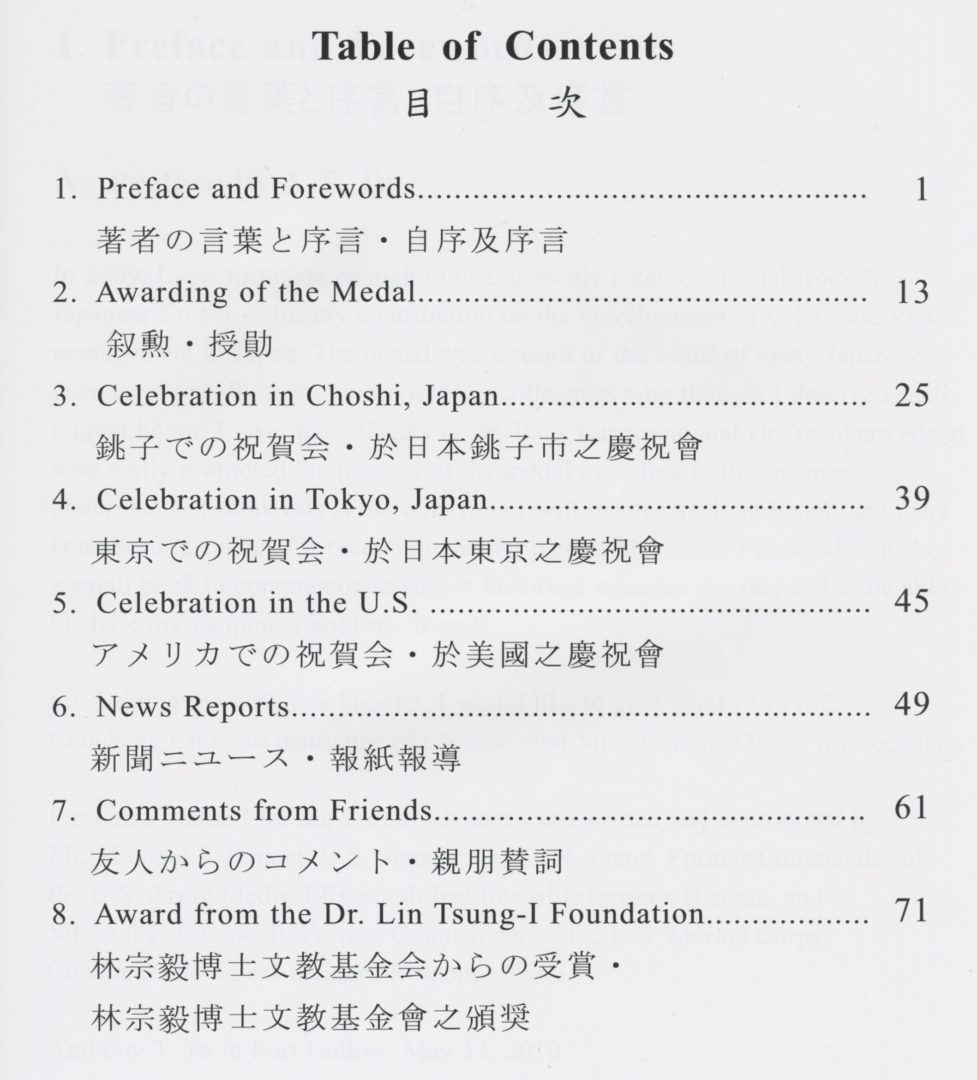