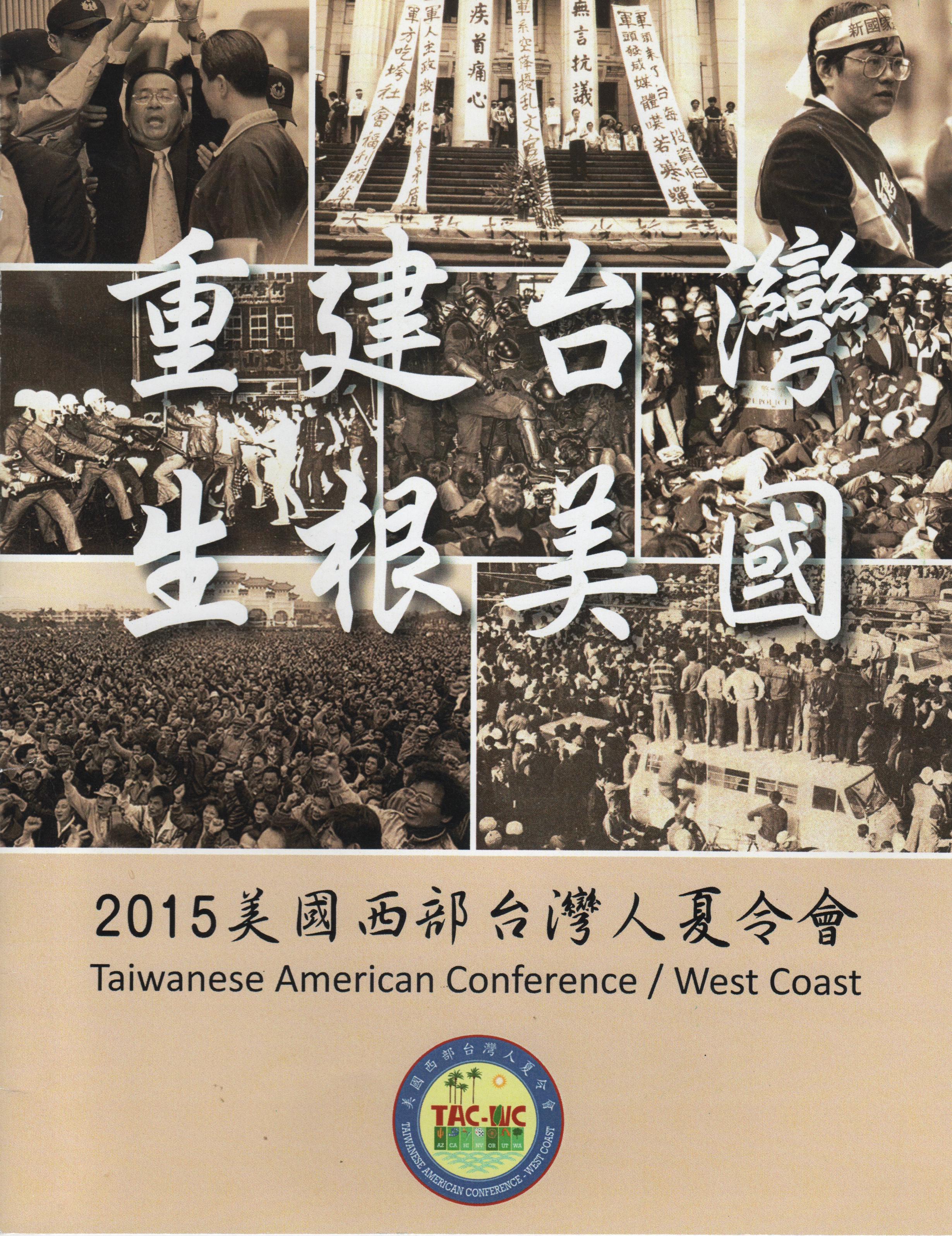 It is an honor to be the coordinator of Taiwanese American Conference / West Coast 2015. Being the 1.5 generation Taiwanese American, I love America and Taiwan equally. Although I left Taiwan when I was 16 years old, I have never stopped caring about Taiwan because she is my motherland. I was heavily in flue need by my parents because they were fearless advocates in the social/democratic movement amongst many brave Taiwanese 30 years ago. Each time my parents went out to protest against KMT, I feared for their safety. Years have passed but the memory is still fresh.

Many efforts were put into desig ning of the cover of this program book. I wanted to express the idea of “Rebuilding Taiwan”. Why does Taiwan need to be rebuilt? Having gone through decades of fight for democracy, and occurrence of several major events including 美麗島事件，黨外抗爭，鄭南榕自焚，野百合學運, many thought that Taiwan had already reached democracy.

Yet since Ma administration began in 2008, we saw police brutally reoccurring during 陳雲林’s visit in Taiwan. Last year, we saw the Sunflower Student Movement, how dare this administration exercised such violenee on defenseless students? When you see the pictures on the program book’s cover page, the answer is there. Taiwanese were and still are fighting for the democracy, so yes, Taiwan needs to be rebuilt. And we must begin this process together!

I am con fident that all of our speakers will provide a lot of knowledge and in formati on duri ng the two-day conferenee. Let us do our best to help our motherland – Taiwan. 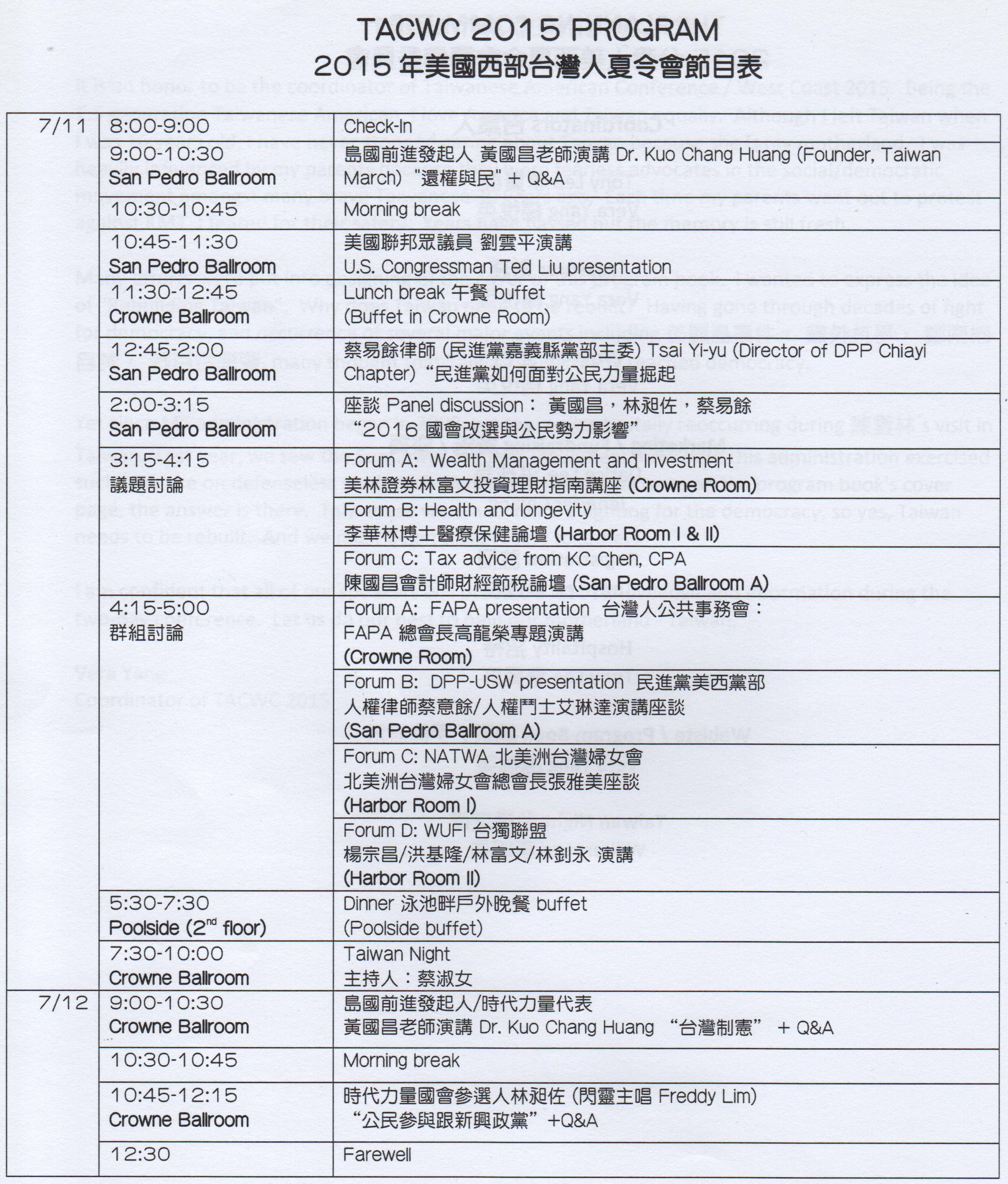