In the 1970’s to 1980’s ,there was  a team of UT-Austin Taiwanese graduate students who played softball every weekend.  They participated in an annual Texas state wide Taiwanese softball tournament in Houston but the Austin team always came in last place.  When Peter Wu(吳宗憲) served as the president of the Austin Taiwanese Association from 1991-1993, he reformed the softball team but this time composed of  the next generation only, including his high school son Ryan Wu(吳南輝) .  This was a much more organized team as they even had uniforms. They practiced every weekend and also participated in the same statewide softball tournament in Houston. They were more successful on the field than Peter’s 1970′ s team as they were now second to last place. 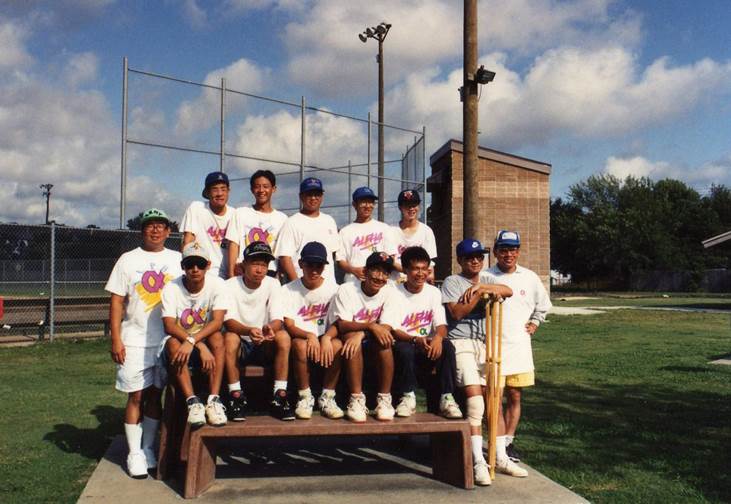 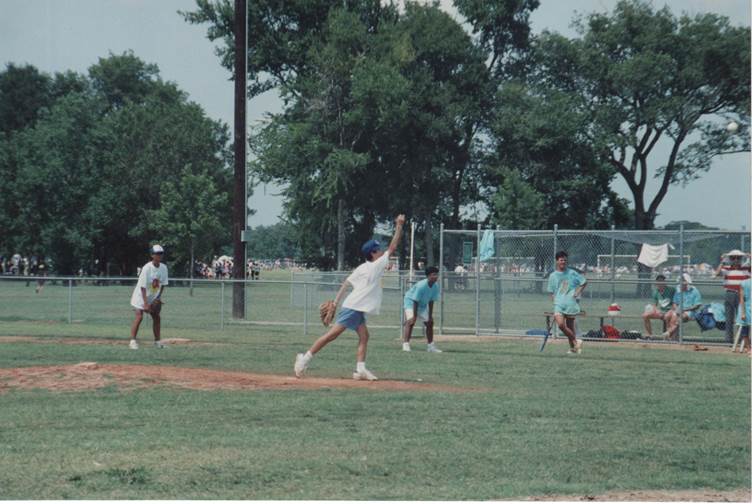