The life & thought of Soren Kierkegaard 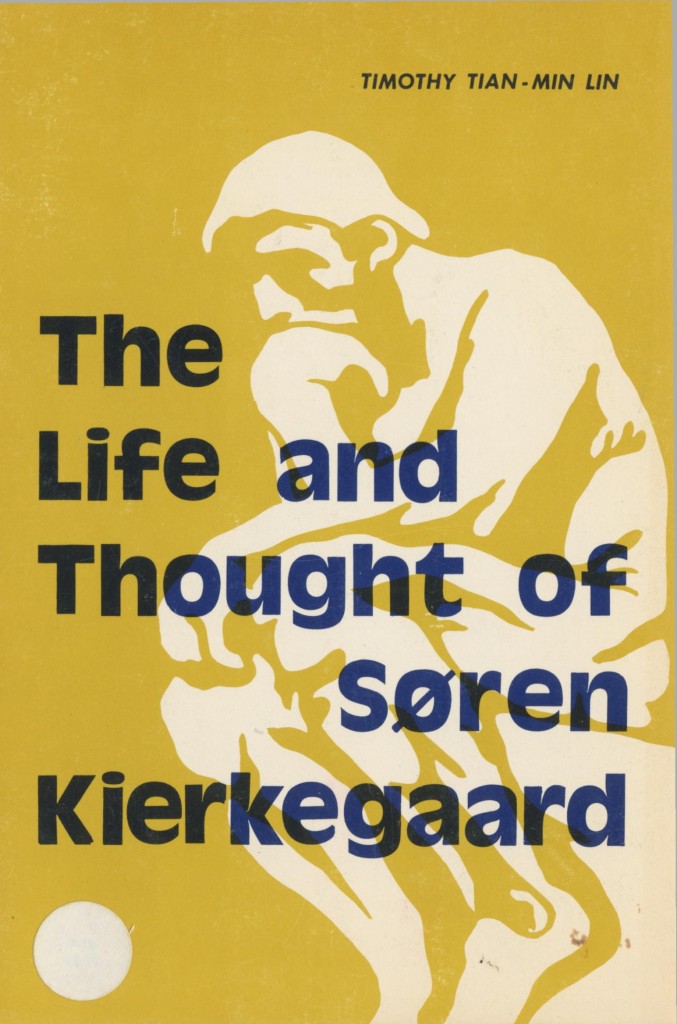 Although Kierkegaard lived in the nineteenth century, he belongs more to the twentieth century in terms of the in­fluence of his life and writings. His contributions to existen­tialism and contemporary religious thought are so immense that he has become one of the most popular thinkers to be studied in modem times.

Timothy Tian-min Lin is an assistant professor in the Philosophy

Dr. Lin is the author of Readings in the World s Living Religions. His articles and reviews have been published in The Journal of Religious Thought, The Southern Journal of Philosophy, The North-east Asia Journal of Theology，Ching Feng: Quarterly Notes on Christianity and Chinese Religion and Culture, Religious Educa¬tion, and Journal of the American Academy of Religion.