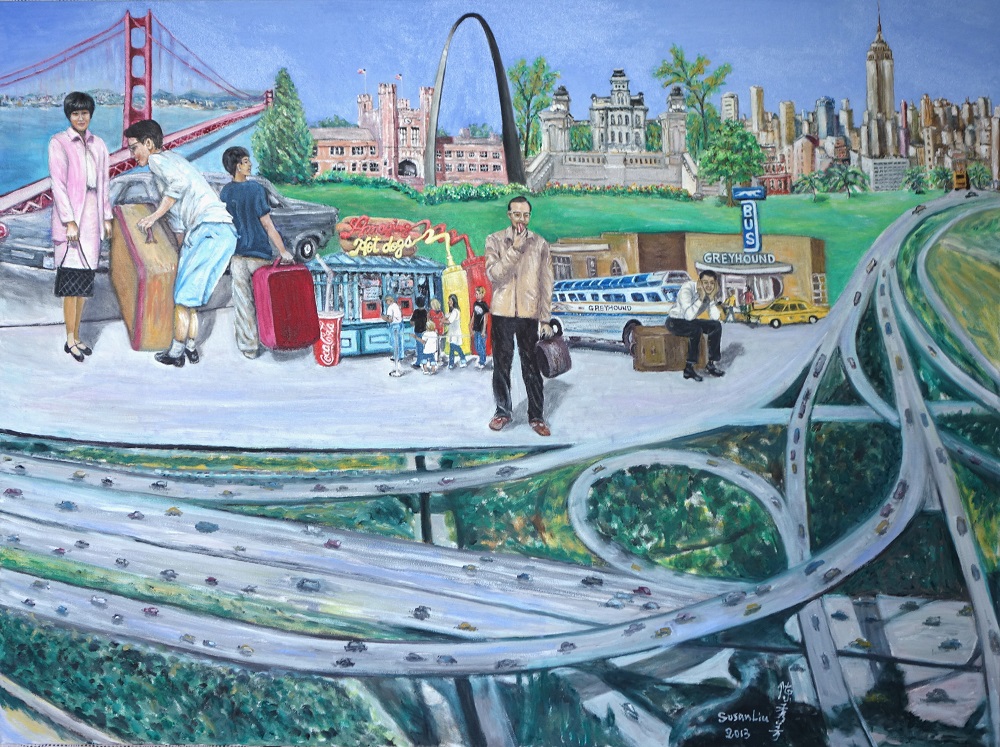 2. On the left, two male students are picking up a new female student at the airport with an old, big car. Back in the day, the majority of students were male, so they would work extra hard to be the first one to greet a female student when she arrived at the airport. Taiwanese women would always dress up for special occasions, even when taking a long trip.

3. To save money, some students took the Greyhound bus to their destinations. These trips could last for 2-3 days. A story is also included about a student who did not arrange for someone to pick him up. Therefore, he was sitting outside of the bus station waiting for a miracle.

4. Hot dogs with ketchup and mustard and Coca-cola are used to represent some of the new food that we encountered upon coming to America.

5. The complicated freeway system is used to represent one of the first impressions when arrived in America. This complex freeway system also represents the unknown future each newcomer would face.

6. The green lawn is also used to represent the American landscape, which we did not have in Taiwan.