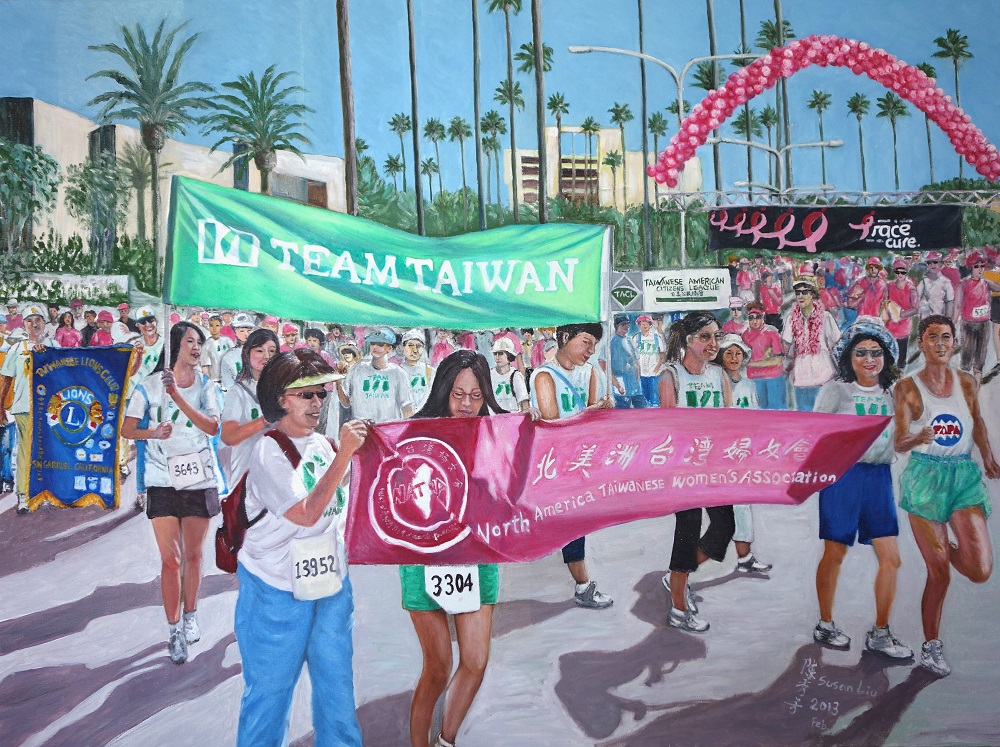 By being involving in different community activities, Taiwanese Americans have showed main stream American that we are a part of the community.

The local branches of Northern American Taiwanese Women Association organized “Team Taiwan” to participate annually in the local “Race for Cure”. Many other Taiwanese-American organizations come out to show their support. This is an opportunity to enhance the visibility of “Taiwan” as a nation in the local community.

Started in about year 2002, a group of Taiwanese Americans in Kansas City participated in Sprint PCS’s annual Thanksgiving run and came up with the idea of calling their team “Team Taiwan”. Prof. Bob Yang was among this group of Taiwanese Americans. Prof. Yang was then the president of WUFI-USA (World United Formosans for Independence – USA). He thought about expanding “Team Taiwan” in the whole United States and so he invited Taiwanese American Organizations such as TAA, NATWA, FAPA, FAHR..to join the effort. And the “Team Taiwan” was established by all these major TA Organizations. In the fall of 2003, Team Taiwan had its inauguration run in Houston, followed by New Orleans within the same weekend.

Today, NATWA with its 15 chapters all over the United States and Canada, carries on the major activities and legacy of Team Taiwan, assisted by many of the original founder TA/TC (Taiwanese Canadian) Organizations, regularly participate in the Susan G. Komen Race for the Cure (for Breast Cancer Research) and The Terry Fox Run (for Cancer Research, in Canada).