Pride of Taiwanese American : The Story of Dr. William Ko 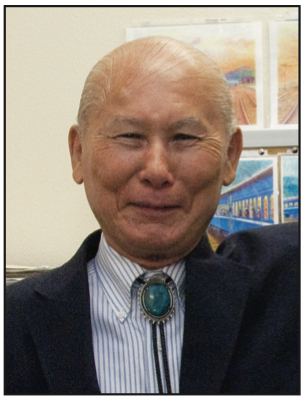 Dr. William Ko joined NASA’s Dryden Flight Research Center in 1977 after receiving a PhD in aeronautics from California Institute of Technology and conducting research at Southwest Research Institute in San Antonio, Texas. An accomplished scientist and inventor, he is credited with developing a number of mathematical theories critical to advancing the state-of-the-art in aerospace structural mechanics including the Blatz-Ko Constitutive Law for hyper-elastic materials, the Ko Flight Structure Aging Theory for fatigue life predictions, and the Ko Displacement Theory for structural shape predictions. The Ko Displacement Theory is currently being used at NASA Dryden to develop sophisticated fiber optic shape sensing technology that could one day give aircraft wings the ability to alter their shape in flight.

NASA Tech Briefs: After graduating from National Taiwan University with a degree in mechanical engineering, you began your professional career as a machine design engineer with the Taiwan Railroad Administration. How did you go from designing parts for railcars to analyzing structures for air and spacecraft?

Dr. William Ko: The steam locomotive era was over. After Russia launched Sputnik, I was impressed and became interested in new aerospace technologies, especially solid rocket motor technology. I applied to Caltech and was accepted, and earned a masters degree and PhD in aeronautics. During my PhD program I was partially supported by a NASA fellowship, which was $200 a month in 1962. During that time I invented the Blatz-Ko Constitutive Theory in 1962 for hyper-elastic materials such as solid rocket motor grains. It has been widely used by many researchers since 1962. As of November 4, 2009, international citations of Blatz-Ko reached 192,000.

NTB: You’ve been at NASA for 32 years now. Tell us a little bit about some of the more interesting projects you’ve worked on during that time.

Dr. Ko: During the space shuttle Columbia era, my group conducted the reentry heating analysis for predictions of the structural temperatures the Columbia would experience during reentry flights. This was the biggest job, and the most exciting. Later on, because the B-52 pylon hooks carrying the solid rocket booster drop test vehicle failed during taxiing, I developed the Ko Structural Aging Theory to predict how many times these hooks could be used to hoist the heavy drop test vehicle, which weighed 48,143 lb, into the sky for drop tests. Then I analyzed the thermal buckling of sandwich panels that are applied to the spacecraft structures, and during that time I invented superplastically formed, diffusion bonded, orthogonally corrugated structures. Recently I performed lunar reentry heating analysis of CEV (Crew Exploration Vehicle) wall structures to determine the optimum thicknesses of thermal protection needed for the CEV. And my latest invention is the Ko Displacement Theory with eight displacement transfer functions. At present, I have 157 technical publications.

Dr. Ko: The Ko Displacement Theory was motivated in 2003 by the Helios flying wing project, which had a 247 foot wing span with wingtip deflections reaching 40 feet. The Helios flying wing failed in June 2003, creating a need to develop some kind of new technology to predict the in-flight deformed shapes of unmanned aircraft wings and display it for the ground-based pilots so they could maintain safe flights. The basic idea of the theory is to discretize the beam – or wing – structure into multiple small domains so that surface strain distribution may be represented with piece-wise linear – or piece-wise nonlinear – curves. This discretization approach enabled the integrations of the beam curvature equation to yield slope and deflection equations for each domain so one can plot the deformed shape of the structure. Fiber optic sensors, or conventional strain gauges, may be used to sense the surface strains for the Ko displacement transfer functions to convert into deflections and cross-sectional rotation for mapping out overall structure deformed shapes.

NTB: How long did it take you to develop the theory’s rather complicated equations, and how did you test them to verify the accuracy of your theory?

The accuracy of the theory was verified by using finite element models of various structures, including the Ikhana [aircraft] wing model. The structures included tapered tubular beams, both cantilever and two-point supported; depth-tapered unswept and swept wing boxes; width-tapered wing boxes; doubly-tapered wing boxes; all under combined bending and torsional loads. Surface strains were generated from a SPAR finite-element computer program. Engineer Van Tran Fleischer then programmed in all eight Ko Displacement Transfer Functions to validate the accuracy of the predictions.

NTB: You recently co-authored a successful patent application for a fiber optic-based sensor technology that will make it possible to sense the shape of loaded structures such as aircraft wings and bridge supports in real time. What other potential commercial applications do you envision for this technology?

NTB: One question that comes to mind is, do wing structures act the same out in space as they do here on Earth?

Dr. Ko: Yes. The fiber optic sensor can only sense the structure’s surface strains, but not the deformed shapes. After the invention of the Ko Displacement Theory, a new revolutionary structure shape-sensing technology was created. Fiber optic sensors can be used to supply surface strain data so that the Ko Displacement process can convert the surface strain data into out-of-plane deflections and cross-sectional rotations for mapping out the structures overall deformed shapes for visual display.

In shape sensing, a fiber optic sensor system is like an airplane without wings. To fly the airplane, wings – in this case the Ko Displacement Theory – must be added.

NTB: When applied to a fiber optic sensor system, what does the Ko Displacement Theory do, and how does it work?

NTB: Can your Displacement Theory be used with other types of sensor systems, or for other applications?

NTB: What some people might not know about you is that you’re also an accomplished artist, so accomplished that in 1968 President Lyndon Johnson made you an honorary citizen of Texas, and one of your paintings now resides in the permanent collection of the Lyndon Baines Johnson Library in Austin, Texas. Tell us how that all came about.

Dr. Ko: I am a watercolor artist with invited articles published in the watercolor page of the October 1970 issue of American Artist magazine, and a special article published in the July/August 1976 issue of Southwest Art magazine. I lived in San Antonio, Texas while I was doing research work at Southwest Research Institute, and I was invited by the San Antonio City Library to hold regular one-man shows almost every year. During the HemisFair ’68 world’s fair, I was invited to demonstrate my advanced watercolor painting techniques for the President of the United States, Lyndon Baines Johnson; Texas Governor John Connolly; and numerous international dignitaries. I painted “L.B.J. Ranch in Springtime” that day, and that painting is now in the permanent collection of the Lyndon Baines Johnson Library in Austin, Texas. Because of my artistic contributions to the state of Texas, the governor bestowed upon me honorary citizenship in the Republic of Texas.

NTB: You still do the watercolors, right?

NTB: If you had to choose, would you rather be remembered as a great engineer, or as a great artist?

Dr. Ko: Both. I’d like to be remembered as a scientist, as an inventor, and as a watercolor artist. At this moment, Blatz-Ko is quite famous now, and the Ko Displacement Theory will be another famous accomplishment. I also developed a watercolor mathematical law for watercolor painting.

NTB: Really? Explain that for us.

Dr. Ko: Watercolors are transparent colors. When you paint red first, and after it dries you paint yellow, then you get red, yellow, and orange; you get three colors. If you put one more layer of a different color, you will generate seven colors. So, my equation describes how many colors you can generate.

NTB: So you’ve basically reduced the art – or expanded the art – by explaining it with a mathematical equation?

Dr. Ko: Art is mathematics, and watercolor paper is a fibrous material. If you wet the paper, you have to study the diffusion process of the water, so I also developed a diffusion equation to estimate how fast the water diffuses inside the paper.

To listen this interview as a podcast,