Before 1960, there were very few Taiwanese immigrants to the United States. This changed during the sixties for several reasons.  When China (People’s Republic of China) was recognized by the United Nations in 1971 and Taiwan (Republic of China) was derecognized, there was a strong general worry that communist China would invade Taiwan. Although many wished to emigrate from Taiwan, martial law was in effect at the time and President Chiang Kai-Shek was focused on increasing his military might and therefore made it very difficult for anyone to leave Taiwan.  One of the primary exceptions made was for students who had been admitted to a foreign university.  However, not only did they have to be accepted by a foreign school, they also had to pass an exit exam in Taiwan. Those that qualified naturally were excellent at academics and some of the stereotypes about Taiwanese people in the US being good at academics began this way.

Another impetus for the immigration movement was the job opportunities. At that time salaries in Taiwan were a fraction of what they were in the US and a graduate of an American university could be assured of a much higher salary upon returning. Alternatively, the US was welcoming immigrants at the time as jobs were plentiful with not enough people to fill them.

One of the first Taiwanese in Austin were the families of Sian-Lin Yen(顏祥霖)[1]in 1965 and Kuo-Hsiung Wang(王國雄)[2] in 1967.   Both of them worked in the University of Texas at Austin, Sian-Lin as a linguistics professor and Kuo-Hsiung as a computer software specialist, and they eventually retired in Austin.  By the late 1960’s, there were around 100 Taiwanese graduate students with the majority in the engineering field.  This is in addition to a handful of faculty and staff members at the University of Texas at Austin.

[1] Sian-Lin Yen, born in Keelung, Taiwan in 1933 and then came to the United State in 1957 where he earned a Ph.D. degree in linguistics from Illinois University.

There were two different groups of graduate students from Taiwan at this time.  One group considered themselves as “Chinese Nationals”.  This group’s parents fled from China to Taiwan with Chiang Kai-shek and his Nationalist Party(Kuo-Ming-Tang ) after escaping from the Chinese communists in the 1940’s.  They usually attended the UT Chinese Students Association.

The other group considered themselves as “Native Taiwanese” whose ancestors had already lived for hundreds of years in Taiwan. They had many differences in background, language and political viewpoints with the other group. To native Taiwanese people, this distinctive self-identity was not very clear while they were living in Taiwan but became more obvious after they came to the US and were free to read publications or articles that were banned in Taiwan soon after the arrival of the Nationalist Party in the 1940’s. From then on through the 1980s, the Taiwan Government was controlled by Chiang Kai-shek and a system to brain wash all the native Taiwanese people to consider themselves as Chinese was imposed. All traces of “Taiwan”, both as a country, a language and even a term were forbidden.

[4] Jong-Song Chien, born in Yilan,Taiwan in 1944 and then came to the United States in 1969 where he earned master degree in engineer in Cincinnati, Ohio.

The ATA members knew they were blessed to be in a country that protected freedom of speech and wanted to extend their support to those brave enough to promote it in Taiwan.  They were all so passionate and cared so deeply about the future of Taiwan that they used their voices from afar to defend the Taiwanese people’s human rights and freedom of speech since the people living in Taiwan could not do this for risk of persecution. In the 1970’s political dissidents were frequently jailed and harassed by the oppressive ruling Nationalist Party.  Opposition leaders frequently sought US government and overseas Taiwanese support to keep their freedom.  ATA members constantly paid all travel expenses to invite to the U.S. anybody that fell into trouble speaking against the Nationalist Party in Taiwan in addition to monetary donations.  After 30 years of working hard to promote democracy and freedom for Taiwan, the members of the ATA are relieved and overjoyed to see today’s Taiwan become a democratic, free country with human rights.

Since most Taiwanese immigrants were the first ones to the United States, they did not have any other relatives in the country and by default they became each other’s family.  Holidays were spent at each other’s houses and everybody became each other’s uncles, aunts and cousins.  They leaned on each other for advice on the difficulties of raising children in another world and celebrated together, cooking traditional Taiwanese food to remind them of home.  They were naturally frugal, humble, and hard-working, just doing what it took to build a new community for their growing families. They celebrated holidays important to them in Taiwan such as the Lunar New Year, the Full Moon Festival and the Dragon Boat Festiva.

Peter Wu(吳宗憲)born in Tainan, Taiwan in 1947) was typical of Taiwanese graduate students of this time.  He came to Austin in 1974, earned his Ph.D. in pharmaceutical science from the University of Texas at Austin and was the President of the Austin Taiwanese Association from 1991-1993.  After his family moved out of the university student apartments to a house on Quail Ridge in 1980, his wife Pearl(楊碧珠) recalled that their neighbor derisively told her that all Asians only come here to get welfare.  The truth is that most Taiwanese

[5] Mike Chen, born in Taipei, Taiwan in 1941 and then  came to the United Stated in 1964 where he  earned  a Ph. D. degree in chemical engineer from Kansas University

Americans were quite well educated, earning either MS or Ph.D. degrees and working as professionals.

By the 1980s, a second wave of Taiwanese immigrants arrived with a different background from the graduate students. These tended to be wealthy families that came for different reasons.   One group would send just the mother and children to live at a good school district for a better education while the father often stayed behind in Taiwan to continue working.  Another group of wealthy Taiwanese moved their entire families over to the US. One of the reasons for this was that after President Carter and the US severed its diplomatic relations with Taiwan(Republic of China) by recognizing the People’s Republic of China(PRC), Taiwanese citizens were afraid that communist China would use this opportunity to invade Taiwan. Therefore many Taiwanese wanted to start a new life somewhere else if they could afford it.  Many of them bought and ran motels when they moved here.  There were about 8 Taiwanese families who had bought motels in Austin alone.  Most of these were located on South Congress Avenue.  The motels were often operated and managed by these Taiwanese owners, some of them even living on the motel premises.  Sam Chen(陳勝亭), along with other Taiwanese investors  even built a hotel on Ben White Blvd.  Unfortunately some of them bought at the peak of Austin real estate boom time in the early 1980s and later could not financially survive through the Texas Great Recession near the end of 1980s.  The majority of them eventually retired and moved out of Austin.    In the real estate boom of the early 2000s, some of the previously Taiwanese owned historical hotels underwent renovation with new owners and today are hip and popular boutique hotels.  Two such examples are the Austin Hotel (1220 S. South Congress) and Hotel San Jose(1316 S. congress) once owned by Taiwanese American Johnny Lieng(梁金源) family  and Sun-Mau Su (蘇松茂)family respectively.   Another large group of Taiwanese American immigrants were professionals who came to the United States to work in the semiconductor industry.  In 2000s when Taiwan became a world leader in the semiconductor manufacturing industry, making it easy for them to immigrate to the US.  Even by 2014, Taiwan still has the largest market share in semiconductor foundries.

Taiwanese American second-generation
Most Taiwanese parents highly value education. Due to Taiwanese history and culture, they often encouraged their children to become doctors. This may be one of the reasons why there are so many Taiwanese American doctors in the United States now.  And for some reason, practically all Taiwanese parents forced their children to learn a musical instrument. Orchestral instruments were by far the most popular. The parents were very competitive, pushing their children to be the best even in this endeavor and many of them excelled. To put this in perspective, in 1992, there were just a handful of Taiwanese American students at Westlake High School.  Pearl Wu’s son Ryan Wu(吳南輝)  was one of them.  Yet despite their small percentage, they still dominated those selected to the All-Region XVIII orchestra with eight of the ten selected being of Taiwanese American background. Ironically enough, the parents did not want any of them to actually pursue music as a career. The second generation was not only disproportionately represented in music but also in other science and math based fields. Another humorous example, the computer competition teams at Westlake High were comprised entirely of Taiwanese American second-generation. In fact the only non-Asian was the teacher!

In 1984, 6 Christian Taiwanese American families Mr. and Mrs. Kou-Hsiung Wang(王國雄,李音音),  Mr. and Mrs. Kevin Lin(林發祥,許錦屏 ),  Mr. and Mrs. Francis Pan(潘以淳,黃美選 ),  Mr. and  Mrs. Ming Yang(楊明源 ,何秀琴 ),  Mr. and Mrs. Hong-Tao Lee (李弘道 ,張媺) and  Mr. and Mrs. Shey-Min  Su(蘇世明, 陳瑞霞),  all of  them professionals, started gathering to worship and conduct bible study in their family homes.   After 1986, they met at the Hope Vacation Church ( 11512 Olsson Dr.).  Then in 1993 after Pastor John Yeh(葉明翰 )came to Austin after retiring in Brazil.  Pastor Yeh was born in Taipei, Taiwan, and had built 9 churches during his 18 years as a Pastor in Brazil. He started to organize to build a Taiwanese church in Austin with fewer than 20 family church members and limited financial resources.  They bought a 3 acre piece of land on 5300 Duval Road and finished two beautiful buildings, a main chapter hall and a fellowship hall on May 5, 2001.  This is the only church in the Austin area that identifies itself as a Taiwanese church and conducts sermons in the native Taiwanese language as well as English. 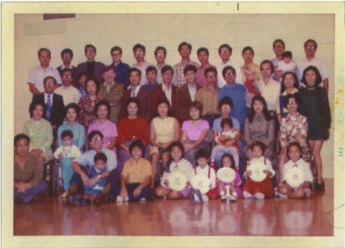 The Group Photo of the First Taiwanese Americans Meeting in Austin, Texas 1970 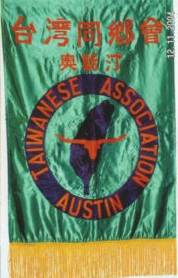 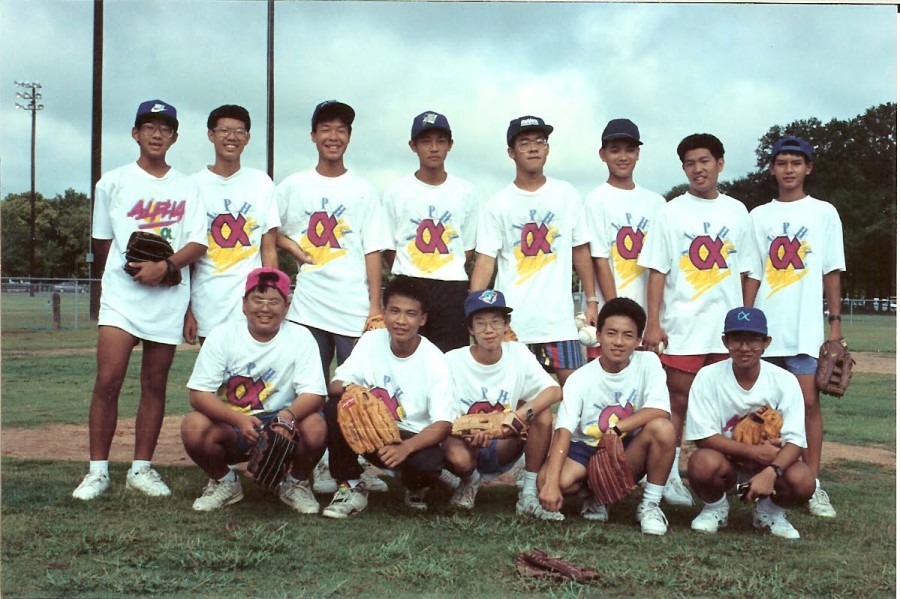 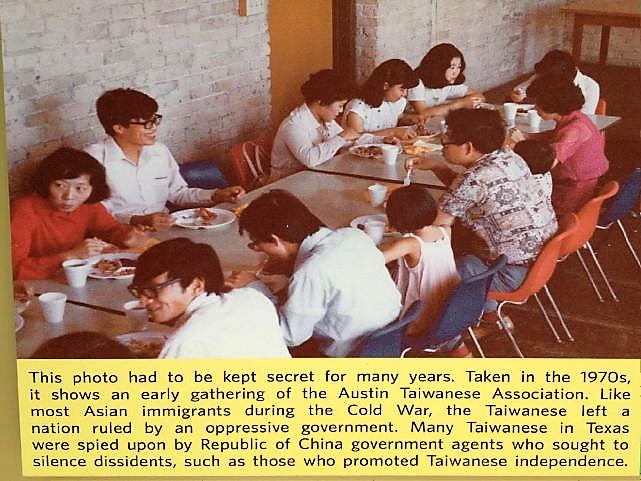 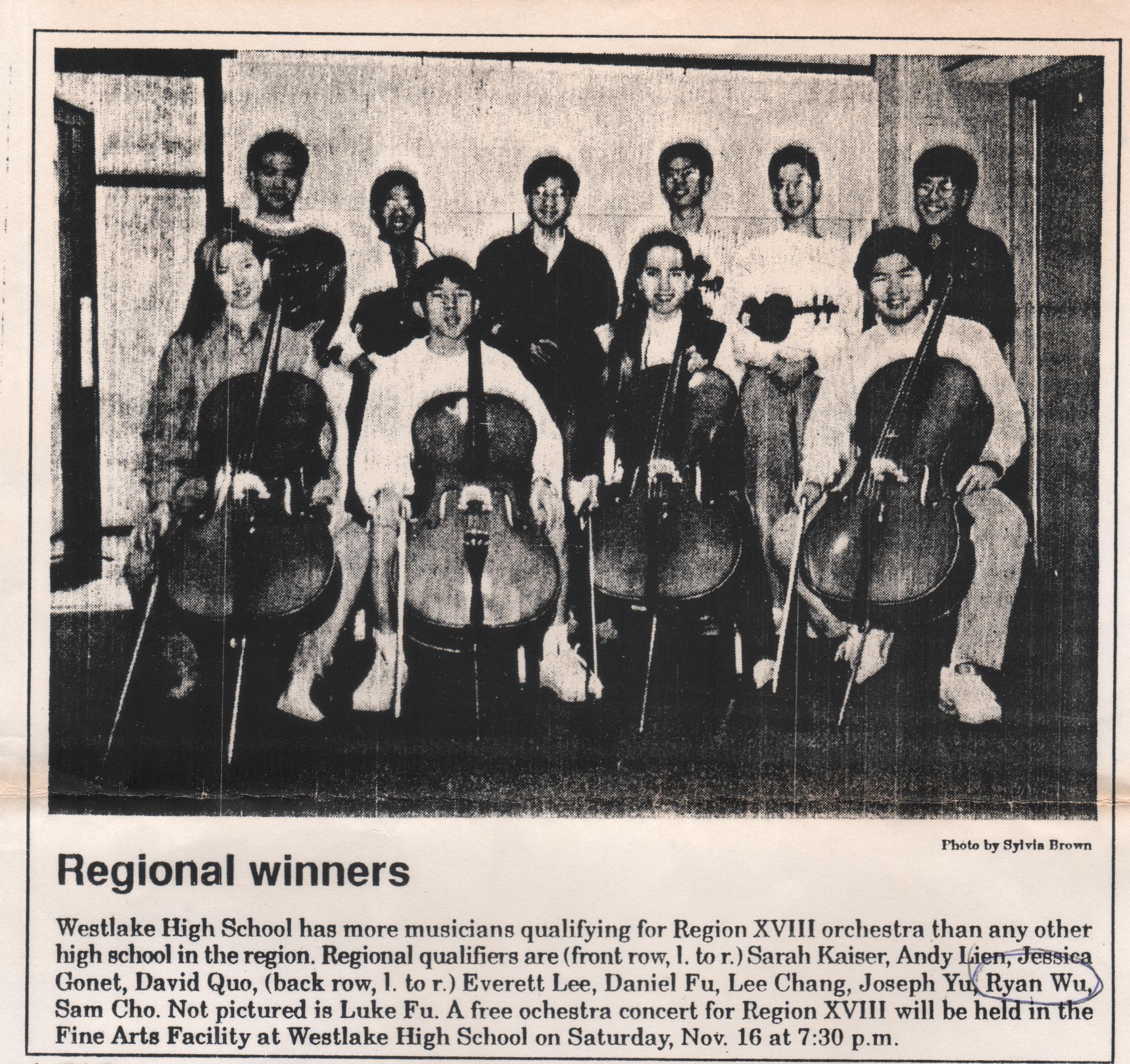