An Immigrant’s Experience on Air Force One – Dr. Winston Chen 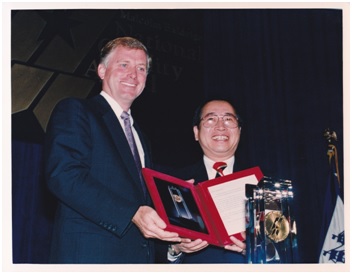 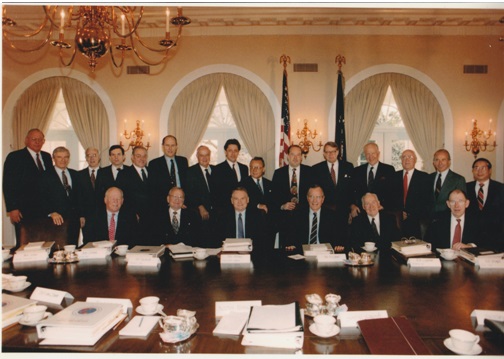 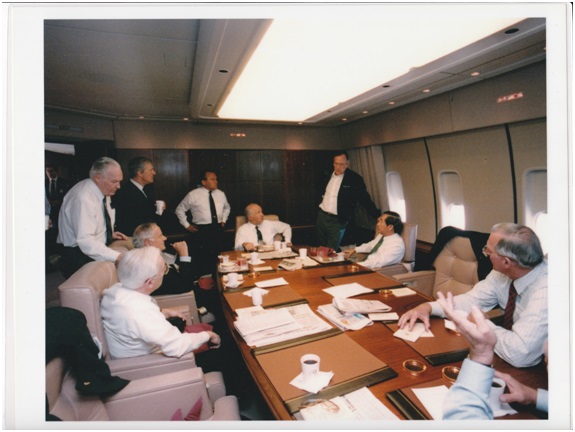 President Bush held meetings with business executives on Air Force One to discuss how to expand U.S. export to the Asian markets 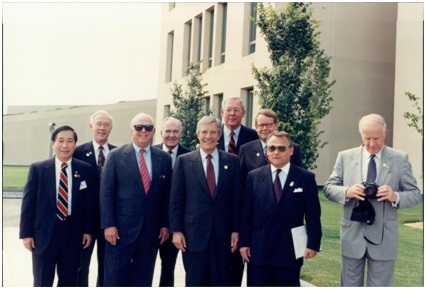 The Business Delegation after the meeting with Australian officials.   At the center was the U.S. Secretary of Commerce Robert A. Mosbacher 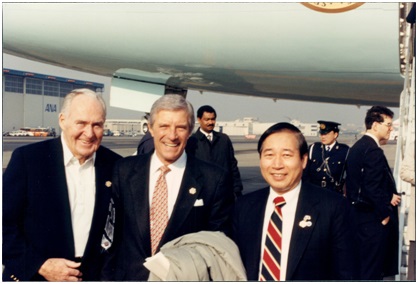 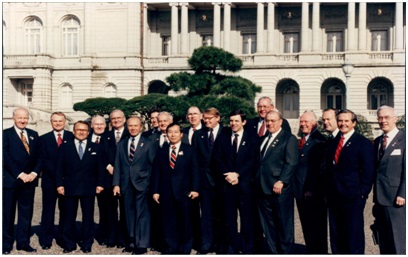 Business Delegation in front of Akasaka Palace in Tokyo 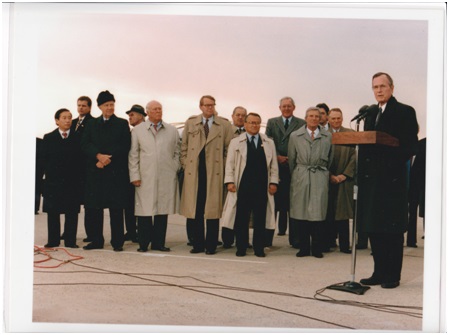 President Bush held a press conference after the Asia Pacific trip at the Andrews Air Force Base.