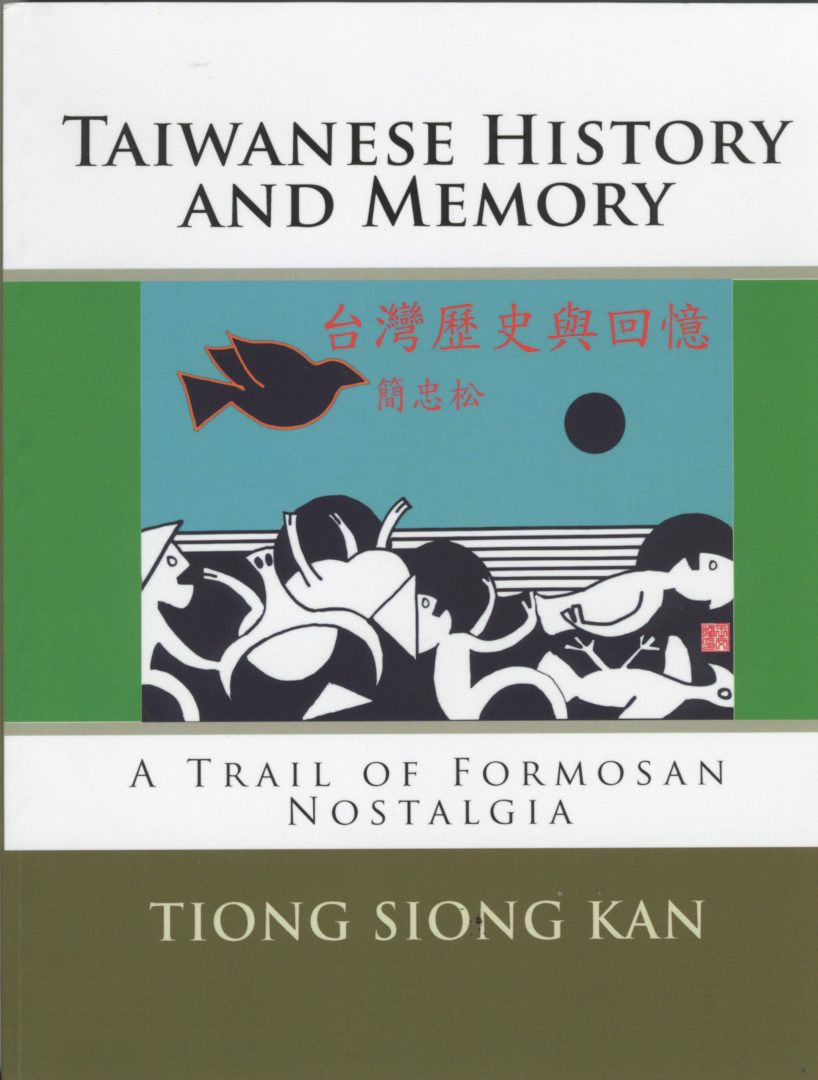 Taiwanese History and Memory－A Trail of Formosan Nostalgia is a re-collection of my memory of my old home island of Formosa, history and culture of Taiwan, and my life in the United States of America.

I grew up in Taiwan under the dictatorship of Chiang Kai-Shek who had fled to Taiwan in 1949 when he lost China to Mao Tze-Tong’s Communists in the Chinese Civil War. Chiang was rewarded with the custodianship of Taiwan in 1945 by the Allied Commander General Mac Arthur when Japan surrendered to the Allied in the Pacific War of World War II. Barely two years after Chiang’s takeover, were some 30,000 Taiwanese elites slaughtered by the Chiang army during the general uprising in February 1947 owing to corrupt and incompetent governorship of Chen Yi’s administration, a crony of Chiang Kai-Shek. The subsequent martial law and white terror had deprived Taiwanese of freedom of speech and genuine democracy for nearly half a century.

The education under KMT was China-centric focusing on Chinese history and geography and very little, if any, about Taiwan. Vernacular Taiwanese or our mother tongue was forbidden while promulgating Mandarin as national language even though those Chinese refugees including Chiang and his top echelons spoke their provincial dialects. During my elementary school years I was often punished with fines or badge of shame for speaking my mother tongue. Under KMT dominance Taiwanese culture and vernacular languages are vulgar and natives are inferior to the Chinese. This discrimination was very obvious in literature, plays, and daily lives.

I started learning Taiwanese history in earnest after I came to America. In a nutshell before 1600s Formosa was a haven for the Chinese and Japanese pirates as well as fugitives and outlaws from China. The Dutch colonized Taiwan from 1624 till 1661 when Cheng Chen-Gong or Koxinga drove them away. The Cheng dynasty lasted until 1683 when the Manchus took over. Then in 1895 Taiwan was ceded to Japan after Japan won the Sino-Japan war. The Japanese colonized Taiwan until 1945 when it surrendered to the Allied in the Pacific War. After 1945 Chinese Nationalists usurped the dominion of Taiwan. Over the ages Western powers including America, Spain, Portugal, France, England, etc. had left their footprints in the island.

I have been in America for nearly half a century or about twice as long as I had spent in my old home island. I got my advanced education at the University of Cincinnati with a successful career in engineering as well as my own engineering business. I also have a very rich and fulfilling experience in this open society which I believe is worth telling and sharing with whoever is interested in especially for the younger generations of the Taiwanese descent.

For those who want to know the difference between Taiwanese and Chinese, I can simply illustrate it by the pronunciation of my name. My name is Kan Tiong Siong in vernacular Taiwanese or my mother tongue, while in Chinese it is Chien Jong Song.

Kan Tiong Siong (簡忠松), a.k.a J.S. Chien, is a Taiwanese-American writer in Austin, Texas. He grew up in Taiwan and obtained B.S and M.S in civil engineering from the National Taiwan University. He came to the University of Cincinnati in August 1969 and got his M.S degree in August 1970.

He worked for a major architectural/engineering firm in Cleveland, Ohio for four years. Then he worked as chief engineer for an engineering company in Akron, Ohio for two years. In July 1976 he and his family moved to Minneapolis to work for American Consulting Services (ACS). A year later he and his family moved to Memphis, Tenn. to open up a branch office for ACS. In August 1978, he began his own consulting engineering services. By the time he retired in 2006, the engineering services had included civil, mechanical, electrical and environmental engineering and design for armed forces, NASA, hospitals, educational institutions, transit authorities aviation facilities, municipal infrastructural and private projects.

Kan is an inveterate advocate of Taiwan independence and an enthusiast in vernacular Taiwanese both in speaking and writing. Over the years he has written eight books in vernacular Taiwanese including two novels and various essays and poems. His Taiwanese history and memory-A Trail of Formosan Nostalgia is a collection of his memory in his old home island, history of Taiwan, and his experience in the United States of America. 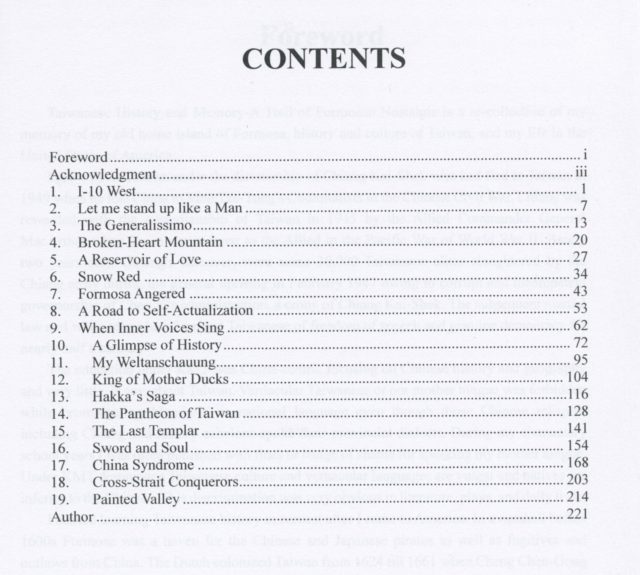