From a Private Startup…

During a Taiwanese American Conference (TAC) conference on July 15th 1990, a group of second generation Taiwanese Americans was identified to start an intercollegiate Taiwanese Council. They nicknamed themselves “seeds,” a term used as the agents to organically grow the Taiwanese community including a Taiwanese American Collegiate Network. They would reconvene in spring of 1991. A small group of around 20 people representing Harvard, Columbia, Yale, University of Pennsylvania, Smith College, Rutgers, and NYU converged on the campuses of Columbia University for 3 days, hammering out the purpose and goals of this intercollegiate organization. Among those who attended can be attributed to be the founding fathers of ITASA. Some names include Tim Ch’ng, Morris Tsai, Rolla Ch’ng, Ula Hwang, Peilan Chiu, Cindy Yeh, Felicia Lin, and Winston Yang.

Though our organization didn’t settle on an official name until 1993, the acronym ITASA traces back to 1992, when Brown University held the first “ITASA Cultural Conference” for universities in the region. Over the next year, similar conferences were held with various names, including the ITASA/TASC Cultural Conference at the University of Illinois, ITSA at University of Pennsylvania, and TASCon at the University of Illinois again. Though these conferences varied in name and location, they involved that same group of college students—a passionate core of Taiwanese Americans who wanted to reach, connect, and grow a community of like-minded people. With their events, they sought to not only establish the foundations for this new network, but also increase our society’s understanding of Taiwan and Taiwanese issues, as well as to promote the importance of identity, leadership, support, and non-political affiliation in our community. The original tenets of their vision are core values at ITASA and still guide our operations today.

To a National Corporation

At our inception, ITASA conferences were financed out of student pockets, and attendance generally numbered around 35 people. Twenty years later, we consistently invite that many speakers to each of our annual conferences, and see students coming in the hundreds to our events from coast to coast. What underlies the continuity of the ITASA trademark across both time and geography is our incorporation. On February 17, 1998, ITASA was formally incorporated as a 501(c)(3) religious/cultural tax-exempt nonprofit corporation in Delaware, by Incorporator Kokui Lim.

From a group of veteran officers, the Board of Directors emerged and took charge, and they filled the remaining positions with the conference leaders at the time. In 2003, Governor-led Regional Boards were established, replacing the single Regional Representative in each region, and District Chairs took charge over the Districts, which were subdivided from the Regions. In 2006, District Chairs, along with being in charge of Districts, also were given the choice of also being an assistant to a National Director, making each Department an actual team of working individuals. In 2012, District Chairs were renamed ITASA Representatives, and grouped into sub-regions led by District Governors.

ITASA is an ever-changing organization, constantly redefining itself to adapt to the needs of the greater intercollegiate community. In line with its commitment to serve the greater good, ITASA launched its newest department, Philanthropy, in 2010. The Philanthropy Department is charged with the task of creating new ways for ITASA to give back to its community. As ITASA enters another year of connecting, inspiring and empowering the Taiwanese American community, our organization looks to continue our growth, and we look forward to improving our existing events while introducing exciting new programs to benefit the Taiwanese American college organizations and greater community that we serve.

ITASA’s logo has also undergone a variety of forms.

The first logo was used as the official logo of ITASA until the end of 2001, when the logo below was adopted along with the current mission statement. 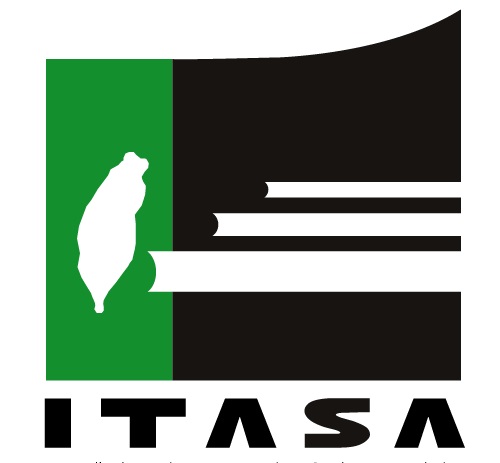 The second logo, designed by Robbie Tseng; the logo to the below is a glossy modification and a Taiwan geography correction done by William Tang in 2006. 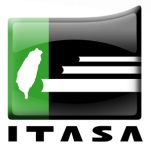 The three stacked book-like stripes on the right highlight the academia-based, student-run aspect of the organization. The staircase-like arrangement of the stack of books and upward curving corner above the top step represents our high aspirations that continue to rise with each step we take. 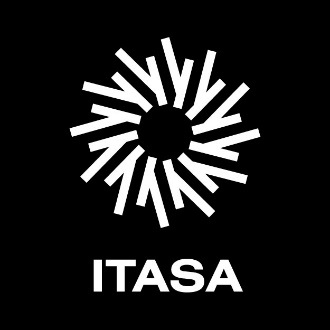 The current logo above was designed by Johnny Chang and was adopted in 2015 as part of a new identity initiative to convey the organization’s spirit and continuous growth.

The “亻” symbol in the new logo is the Han Chinese character for “person” (pronounced rén), representing individuals coming together from all directions to create a unified ITASA community with a shared identity. The twelve “亻” extending out as branches create a visual momentum of radiating energy that reflect the activity and involvement of the ITASA community. Like the hands of a clock, the community pushes itself in a perpetual, timeless cycle. These branches also pay homage to th founders of the organization, who referred to themselves as seeds of the ITASA mission.