The Taiwanese language nearly disappeared in Taiwan due to official policies discouraging its use.   Pearl Wu(楊碧珠) recalls when she was in elementary school in Taiwan, students who spoke Taiwanese were forced to wear a badge of shame with the words “I speak Taiwanese” displayed prominently.  She wished to provide the next generation an opportunity to learn their mother tongue and created  “Austin Taiwanese  School”(奧斯汀台語學校) in 1987.
At the time, Taiwanese was still not a welcome language in Taiwan and it was unclear if the government would react negatively to the creation of such a school and cause her trouble.  In addition, it was difficult to find any teachers who know how to teach  and teaching materials were hard to come by.   She was quite happy to learn that pastor Shen-Hung Shu (許勝弘牧師) of the local Taiwanese church used Taiwanese in his sermons and was willing to teach.   Despite the obstacles, the Austin Taiwanese School ran for several years in a classroom borrowed from the UT Austin Engineering building until Pastor Shu moved to Houston.  Promotion of the Taiwanese language subsequently changed from formal classes to various Taiwanese speaking competitions sponsored by Pearl.
Incidentally in 1993 and much to Pearl’s surprise, her daughter Chen-Chen Wu(吳貞貞), who had grown up in Austin, co-founded and  began teaching  an official student led Taiwanese class at UC Berkeley(柏克萊大學) where she was a student.  It was ironic  that a second generation Taiwanese American from Texas would be teaching the Taiwanese language to graduate students from Taiwan, with such demand that there was not enough room and many students had to be wait-listed. 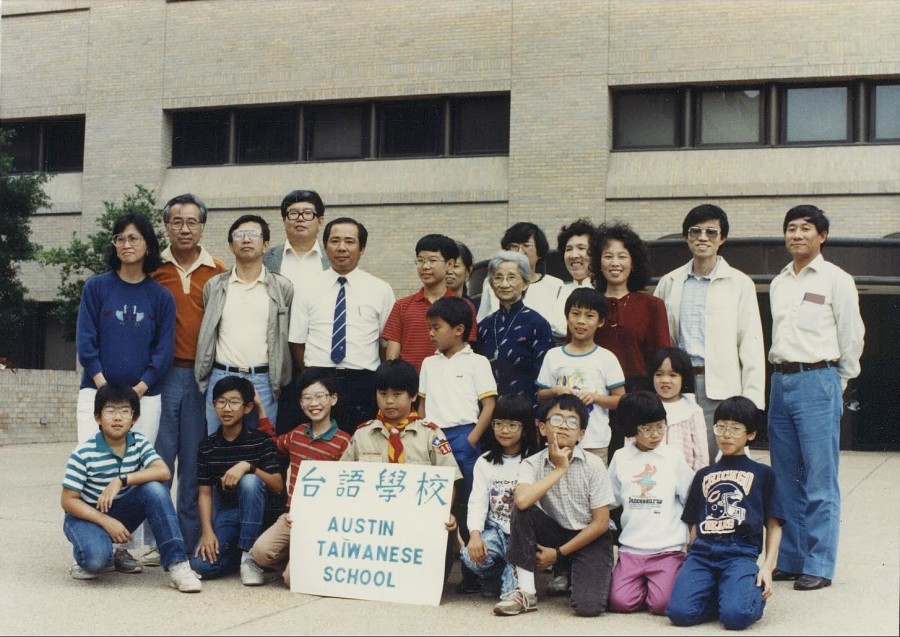 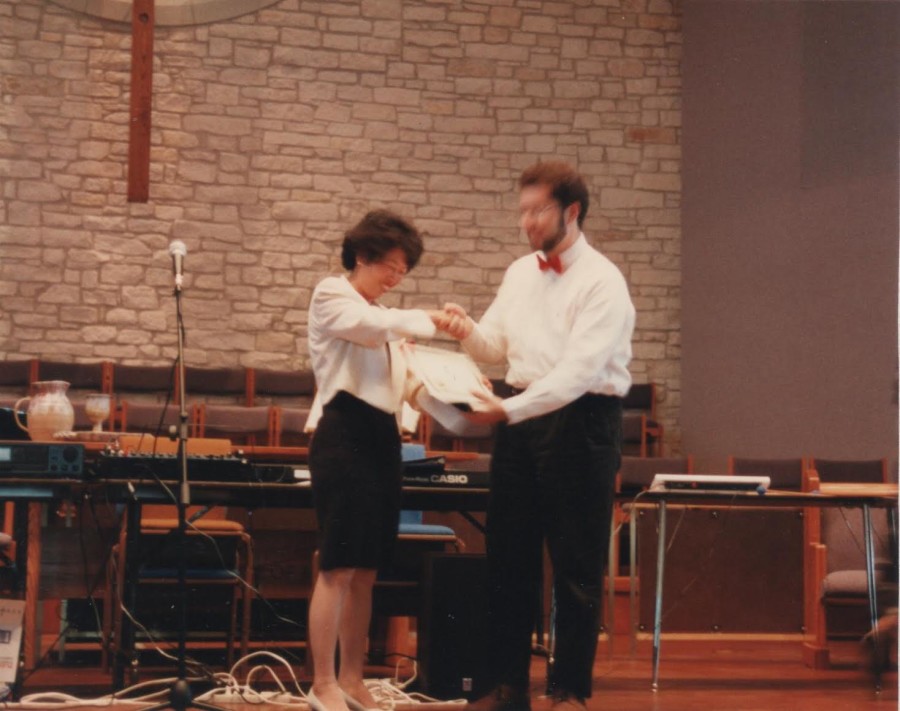 Pearl Wu awarding a certificate to winner of the Taiwanese language speech competition. 1998