On January 8, 1987, the Taiwanese American Citizens League (TACL) launched their first census campaign, in preparation for the 1990 U.S. Census.

The project was described as:

“A video-based program introducing the impor­tance of the 1990 census for Taiwanese Ameri­cans was designed and produced mainly by TACL5s 1990 Census Committee. The video tapes, in Taiwanese, Mandarin, English and Hakka’s versions, were distributed across the country through local TACL chapters as well as other Taiwanese organizations.” (Source: TA Archives) 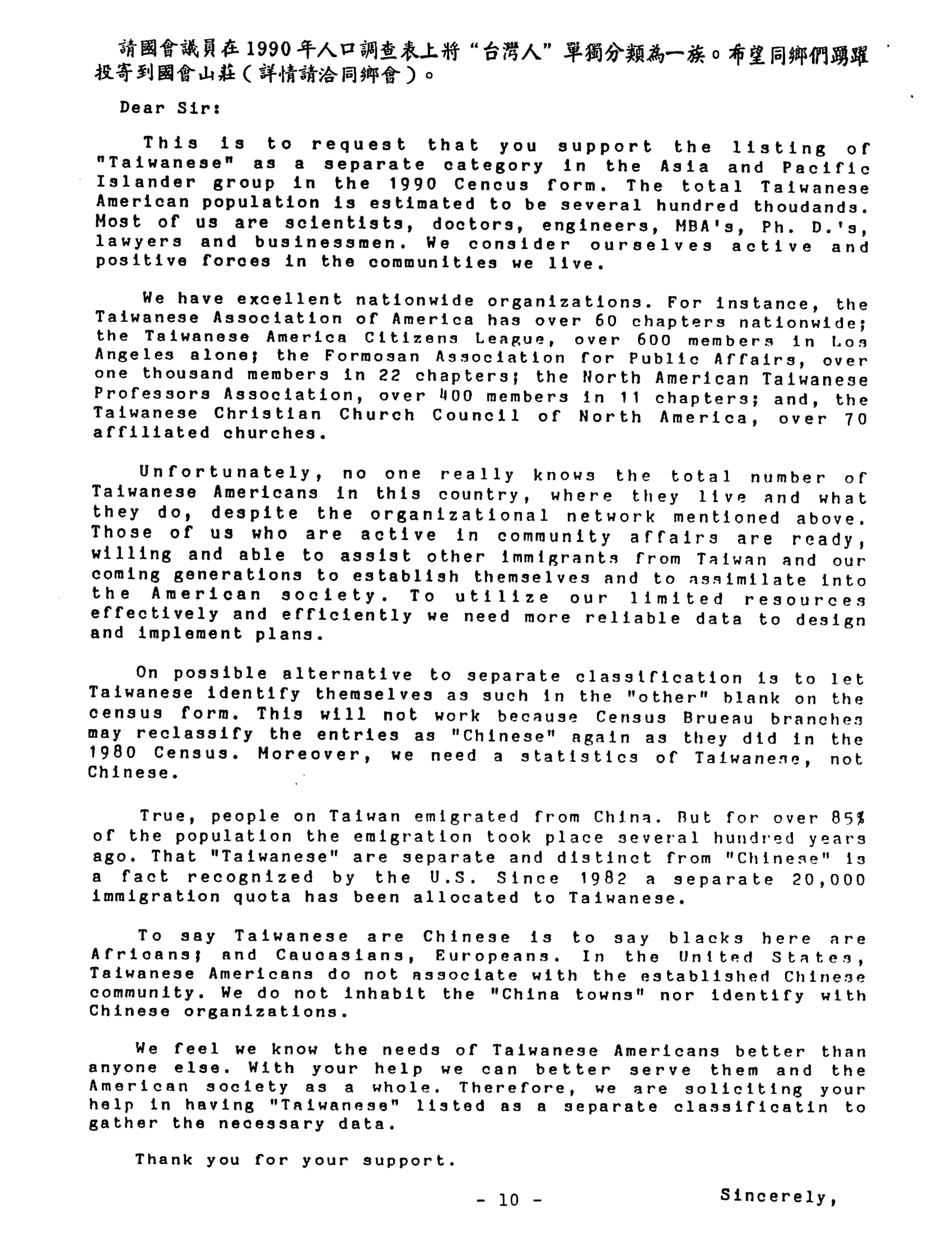