I joined FAPA in 1995 soon after the Pennsylvania Chapter was founded by Reverend James Cheng(鄭義勇). I was chapter president in 1996-1997 and served as Board Member at Large until 2006. I also chaired WUFI-USA’s Diplomacy Committee from 1998 to 2010. I have been Distinguished Fellow of the International Assessment and Strategy Center since 2004. I have also published op-ed in the Taipei Times, Pacific Times and other journals and authored books on Taiwan issues.

Because I wore many hats, my experience often involved lesser known FAPA’s collaboration with other Taiwanese American organizations. I will share just three stories. 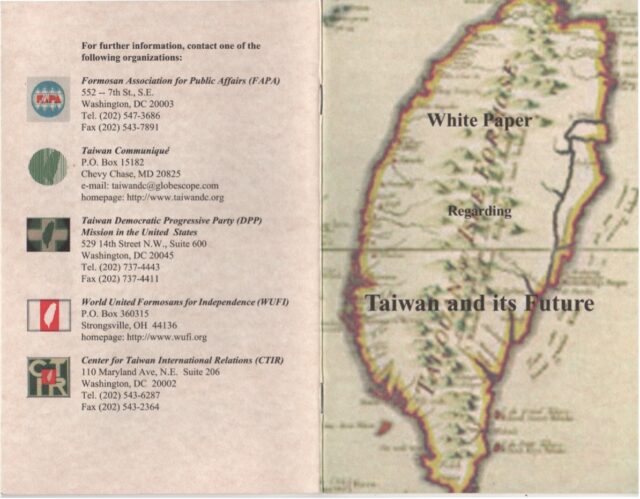 1. White Paper regarding Taiwan and its Future, 2nd Printing, January 1999 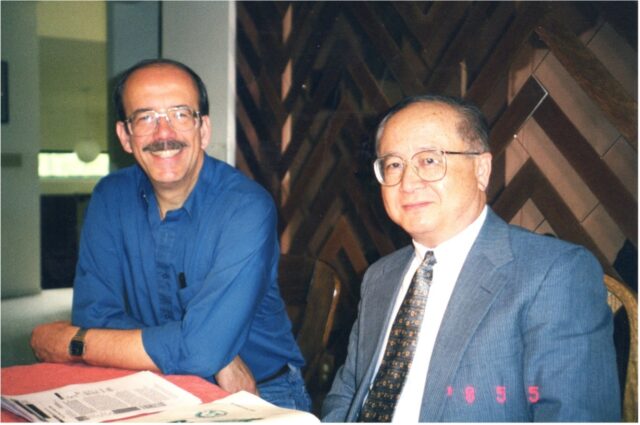 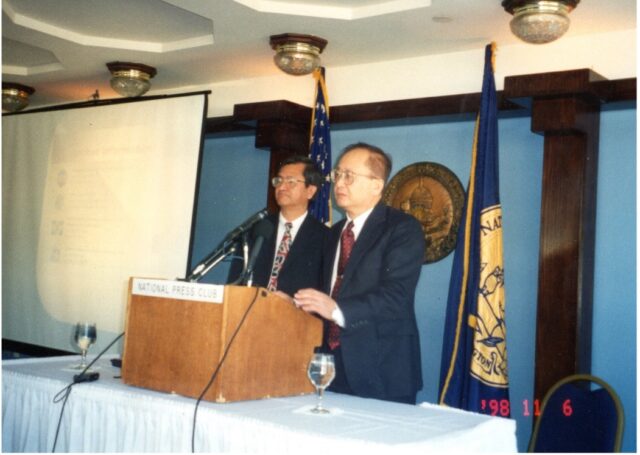 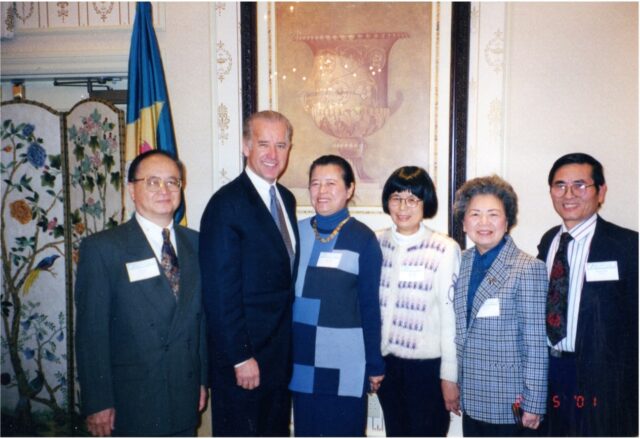 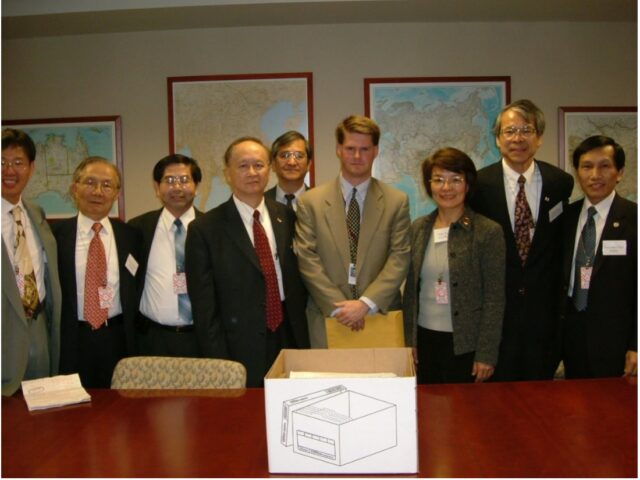 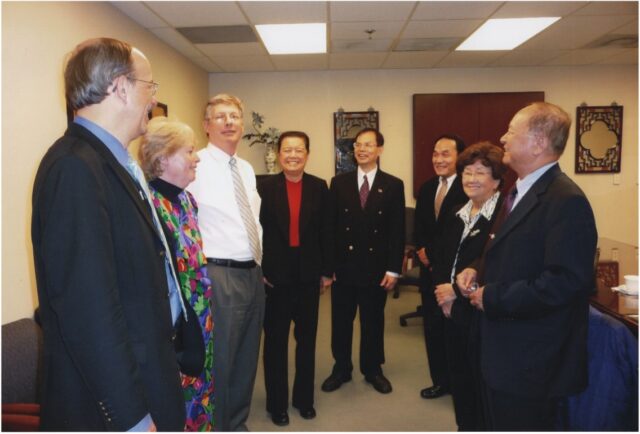 When I was a Board member, Dr. F. C. Fan (樊豐忠) was FAPA president. Former president John Chen (陳英儒) was still very active, and he kept saying we needed to issue a White Paper on Taiwan. So on August 8, 1998, I asked Gerrit van der Wees, who was working at the Netherlands embassy, and Wen-yen Chen (陳文彥) to meet me at David Tsai’s (蔡武雄) house to plan the launching of the White Paper project. David was the head of Center for Taiwan International Relations (CTIR).

In November 1998 the “White Paper regarding Taiwan and its Future” was published. In addition to FAPA, it was sponsored by WUFI-USA, Taiwan Communique, CTIR and the DPP Mission in the United States and endorsed by fourteen additional Taiwanese organizations in the US, Canada and Europe, including TAA, NATWA, NATPA, NATMA, FAHR and Professor Chen Wen-chen (陳文成) Memorial Foundation.

With sixteen compact pages the White Paper laid out the case for the Taiwanese people’s right to self-determination from the perspectives of history, international law, democracy promotion and geostrategy. Coen Blaauw arranged a briefing at the National Press Club on November 6, 1998. FAPA’s Wen-yen Chen went over the contents of the White Paper with a PowerPoint presentation. I presided over the subsequent Q&A session with the media.

In May 1999, a second “White Paper regarding Taiwan’s Safety and Security” was issued. Both White Papers were widely distributed to members of the Congress. Gerrit helped write much of the text. The first White Paper was later featured in The Republic (共和國) issued by WUFI headquarters in Taipei, and in Taiwan Youth (台灣青年) published by WUFI-Japan in Tokyo.

The Taiwanese American Association of Great Philadelphia (大費城台灣同鄉會, TAAGP) was founded in the fall of 1961. At its peak it attracted four hundred attendees at its New Year Party. Later South Jersey and Delaware members left to start their own clubs. But many Taiwanese in the region were familiar with one another. So when FAPA chapters were formed at each location, we used to hold regional, joint meetings.

In 2001, Alice Yang (楊月姿) of FAPA’s Delaware chapter was operating a Sleep Inn motel in Newark. When she learned that Senator Joe Biden was to speak at a local Chamber of Commerce breakfast meeting, she invited Timothy (邱義昌) and Sue Chiu (黃雪香) from New Jersey and Helen (翁進治) and I to attend. During Q&A, I asked Biden about Taiwan Security Enhancement Act’s (TSEA) prospect in the US Senate. (TSEA was passed by the House and stalled in the Senate then.)

Instead of answering my question, Biden turned to the other side of the audience and asked, “Are any of you willing to risk your son’s and daughter’s life in a war to defend Taiwan?” The implication was that Taiwan was not important enough for US intervention. I got mad and shouted “Senator, you didn’t let me finish my question.” He then gave me the floor. I then enumerated the key provisions of the Taiwan Relations Act: that it is the official policy of the US to defend the human rights of the people on Taiwan, that the US will sell defensive weapons and services to Taiwan, that any PRC resort to military coercion will be a matter of grave concern and the US will deploy sufficient military power in the Western Pacific to deter or defeat Chinese aggression. Biden then repeated the same TRA language and said he actually sponsored the TRA and voted for it. So in effect he made a 180 degree turn and admitted that the US had a moral obligation to help defend Taiwan.

Afterwards, our group went up to shake hands with Biden. He was all smiles and very friendly.

In the spring of 2004, President Chen Shui-Bian (陳水扁CSB) was running for reelection. He insisted on conducting a referendum simultaneously with the presidential election. Beijing threatened to use force if Taiwan held a referendum. The US was bogged down in a war in Iraq and wary of any action by Taipei which may trigger angry reaction by Beijing. President Bush’s emissary to dissuade CSB from conducting the referendum was summarily dismissed. So Bush called CSB a troublemaker in a White House meeting with Chinese Premier Wen Jiabao (溫家寶).

Bush administration officials questioned the need for a referendum on issues with obvious answers and charged that the referendum was a campaign tactic designed to enhance Chen’s reelection chances. Some members of Congress echoed the criticism.

Against this background, the chair of WUFI-USA Bob Yang (楊英育) launched a campaign to collect 10,000 signed letters to President Bush. I wrote the text of the letter and with the help of other Taiwanese American organizations, including FAPA, TAA (全美會), NATPA (教授會), FAHR (人權會), NATWA (北美洲台灣婦女會), we collected 9,000 signed letters. On March 3, 2008, a delegation representing the participating organizations met with Deputy Assistant Secretary of State for East Asia Randall Schriver at the State Department to present the collected letters.

After each representative made a statement, I made two requests to President Bush as spokesman for the group. First, the Bush administration should refrain from any further negative comments regarding CSB’s reelection and the March 20 referendum and, second, the US should take precautionary steps to deter any military adventures by the People’s Liberation Army.

I said it was not appropriate for the Bush administration to interfere in the domestic affairs of Taiwan. For the US to support KMT candidate Lien Chan (連戰), an advocate of Taiwan’s annexation by China, is to shoot one’s own feet.

To my surprise Schriver readily agreed. He must have cleared his response with the White House before the meeting. He said: “From today onward, no US government official will voice any criticism of President Chen or the referendum.” This was about two weeks before the election day. The promise was kept. CSB was reelected. The successful campaign was a fine example of how much the Taiwanese American community could accomplish when they pulled their strength together.

Other examples of the Taiwanese Americans’ advocacy for Taiwan’s freedom abound. In 2009, with the help of NATWA, FAPA, HAPA, NATPA, FAHR, TAA, the Taiwan Association of University Professors (TAUP) and the Presbyterian Church of Taiwan, Helen (翁進治) and I launched and coordinated a campaign to collect 10,000 letters to President Barack Obama. We ended up collecting 18,000 signed letters from the US, Canada, Japan and Taiwan, which were presented to State Department and AIT officials at a meeting in Rosslyn, Virginia on March 23, 2010.

For readers interested in the history of Taiwanese Americans’ advocacy for Taiwan, history of US-Taiwan relations, and how US homeland security is linked to Taiwan’s freedom, I highly recommend my trilogy.

For those who do not have time for all three tomes, I suggest you purchase the Memoir. It has a journal of my grassroots diplomacy (1997-2012), 224 pages long, and full of information and insights. For anyone who wants to become a more effective advocate for Taiwan’s freedom and America’s security, this is an invaluable book. 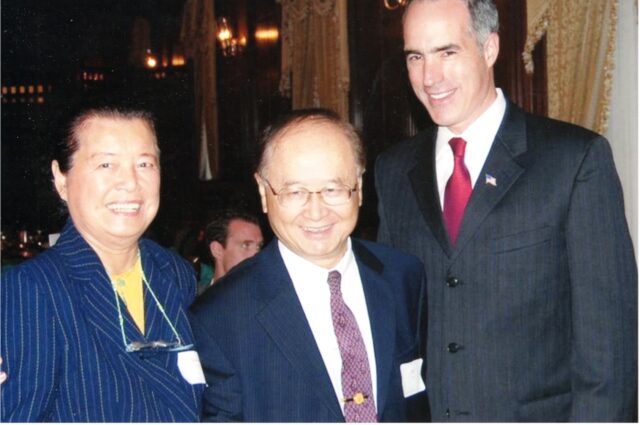 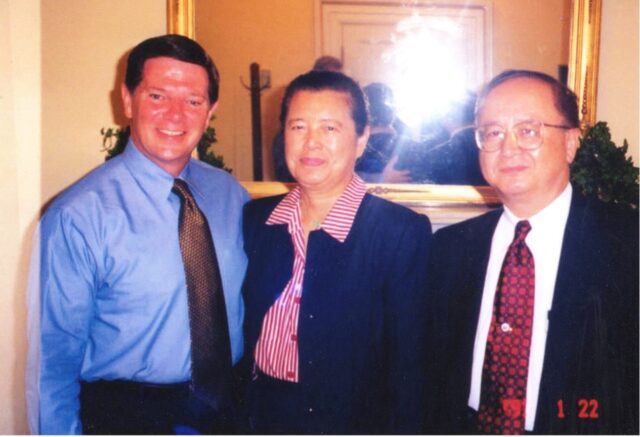 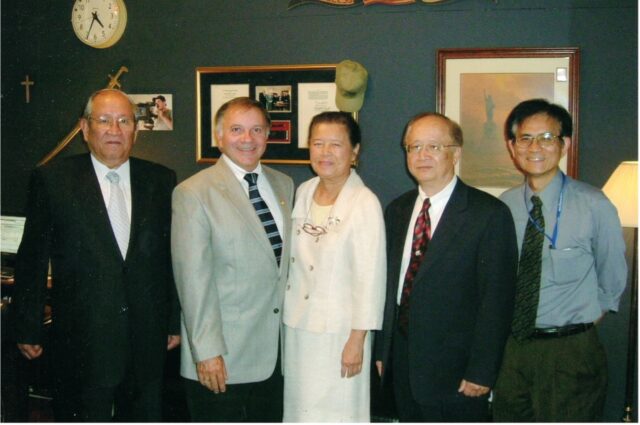 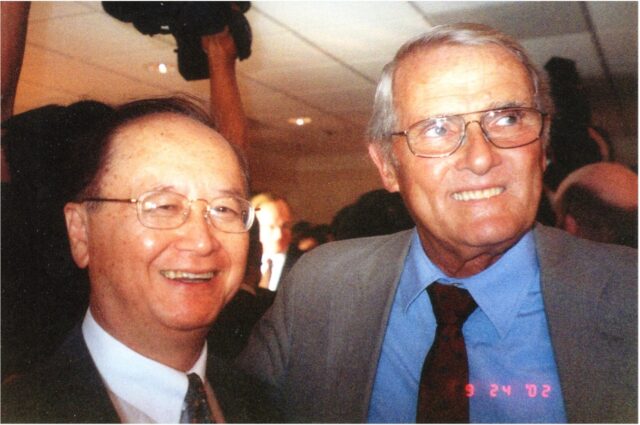 10. With Ambassador James Lilley at the American Enterprise Institute, April 2004 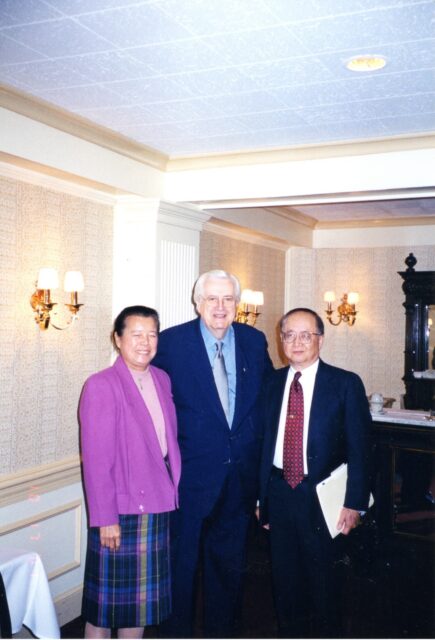 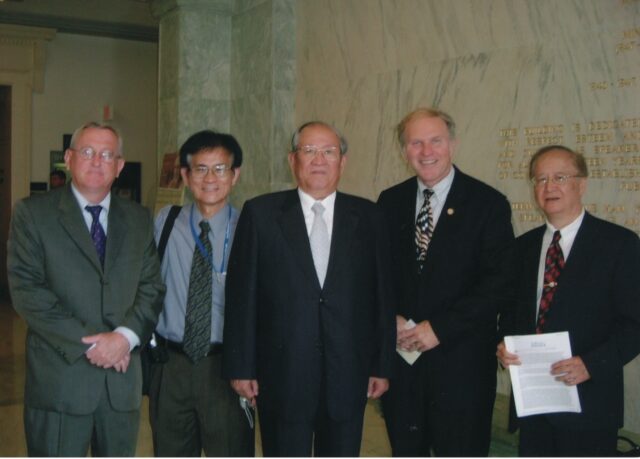