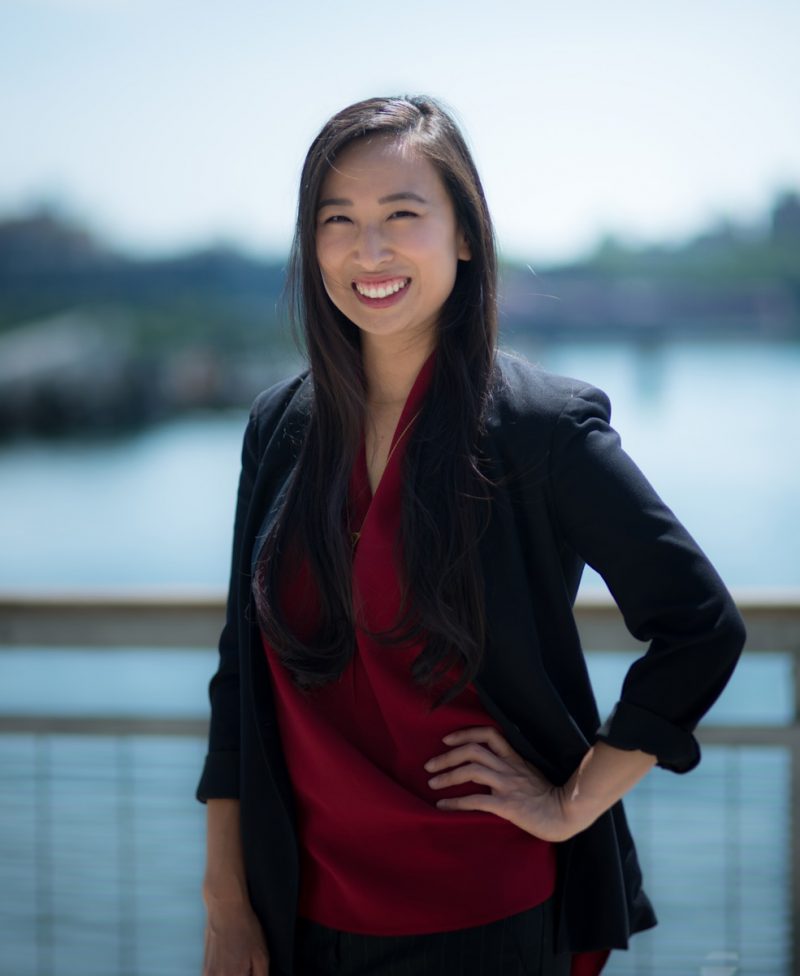 Born in Taipei, Taiwan, Yuh-Line Niou came to the US with her parents when she was just six months old. At the time, her parents only had $1000 and six suitcases, and they moved around the country to Idaho, Oregon, Texas, and Washington in search of a better life. Niou studied her undergraduate degree at The Evergreen State College, while also working for Senator Debbie Regala, and later, Representative Eileen Cody on the Washington State Legislature. During this time, Niou says she realized that some of America’s greatest issues were related to poverty, and she began to focus on figuring out how to end poverty. She began policy work at the Statewide Poverty Action Network, where she worked to help low-income families by regulating the payday lending industry, working to stop redlining in the insurance industry, and writing bills pertaining to the foreclosure crisis. In 2010, Niou pursued her Master’s degree in Public Administration at Baruch College (CUNY Baruch), during which she also worked with the US Environmental Protections Agency as part of her National Urban Fellowship.

Niou worked as Assemblyman Ron Kim’s Chief of Staff in 2012, working on behalf of immigrants, seniors, and working families. In 2016, she won 76% of the vote in a historic election that made her the first Asian American to represent the 65th Assembly District of New York, an area that includes Chinatown, the Financial District, Battery park City, and the Lower East Side.

Niou has been an outspoken supporter of marginalized groups, especially of families of color, low-income populations, and immigrant families. She has also pushed a bill to aggregate data on the Asian American Pacific Islander (AAPI) community in her local area, so that the local legislature can better serve the AAPI community. She has drawn attention to the fact that Asian Americans make up 14% of New York City’s population yet they receive less than 1% of city services. In the New York State Assembly, Niou has continued to advocate for financial empowerment, protect tenants’ rights, and helped form the State’s first Asian Pacific American Legislative Task Force to focus on issues impacting the Asian American community in New York.