A tribute to our  “ 貴人（Benefactor）”

Grace and I were deeply saddened when we received an email from Sandra and Samuel saying that their father, Chung-Hsiu, passed away peacefully on January 10, 2022.

Our friendship started back in 1955 when he and I both entered medical school in Taipei, Taiwan. He came from southeast Taiwan while I grew up in Taipei. We became friends immediately because we had a common interest in classical music—he played violin and I sang. We maintained a close friendship for over 65 years. He also played an important role as a “貴人” in my professional and personal life.

There is no adequate English for the Taiwanese word 「貴人」. It means a person who played an important role in someone else’s life. The word “benefactor” comes closest.  My career and life would have been different if I had not met Chung-Hsiu, because he played a crucial role when my life came to a crossroads.

The first incident was Grace’s and my decision to come to the United States. When we graduated from medical school, Chung-Hsiu and I both started in obstetrics and gynecology training programs. His residency training was at Taiwan Provincial Hospital while I began at National Taiwan University Hospital. He became interested in endocrinology while I started research in fetal monitoring. I remember when we attended a medical meeting during our second year of residency, he told me that his director Professor Chien-Tian Hsu （徐千田）asked him if he had an interest in pursuing research with Professor Edward Hon in the United States. I recognized the name “Hon” because he was one of the best-known scholars in fetal monitoring. Chung-Hsiu said due to his interest in endocrinology, he did not pursue this offer. When I completed my third year of residency, I lost the draw to become chief resident. I was not able to find any suitable job in Taiwan allowing me to pursue both clinical and research work.  Suddenly, Chung-Hsiu’s words came to my mind.  I called him immediately to see if the opportunity to study with Professor Hon was still available. He advised me to talk to Professor Hsu directly. I made an appointment to see him after his office hours late at night.  Although I was not trained in his program, he was very supportive and promised to write a letter to Professor Hon. Two weeks later Professor Hon responded and offered me a postdoctoral fellowship at Yale University. In the summer of 1967, Grace, our son Michael, and I moved to New Haven, CT to launch my academic career in the United States.

The second incident was related to my clinical training in the United States. When I started research in fetal monitoring, I became very busy, monitoring patients in labor during the day and taking classes in mathematics, physics, and computer sciences at New Haven College in the evening. Very soon, I became an integral member of Professor Hon’s research team specializing in data processing and data reduction. I also published research articles in medical journals. In 1969, the research team moved from Yale University to the University of Southern California due to the larger patient volume in Los Angeles County Hospital. We had our daughter Carol while we were in California. Although I enjoyed medical research, I started to contemplate my future career in the United States. As I did not have clinical training in the United States, it was very difficult to obtain a clinical license to practice medicine. It was almost impossible to apply for residency programs because of my busy research schedule. In the spring of 1974, I received a phone call from Chung-Hsiu asking me if I had an interest in moving to Philadelphia. Chung-Hsiu was a faculty member at the University of Pennsylvania. The University Hospital had just renovated its labor and delivery suite and they were looking for a fetal monitoring specialist. I thought this might be an opportunity to pursue clinical experience in the United States. I visited the hospital and gave a grand round presentation. After the presentation, the chairman Professor Luigi Mastroianni offered me a faculty position. I told him I needed a residency position to obtain my medical license and board certification. He accepted immediately, and I was able to start my second residency training at the Hospital of the University of Pennsylvania in 1974. Once again, Chung-Hsiu played the “benefactor” role in my professional career. During my two years of residency training, we lived in the same town—Cherry Hill, NJ—where Chung-Hsiu’s family lived. I spent most of my time in the hospital, so Chung-Hsiu and his family (wife Fang-Rong and her mother) helped Grace a great deal to adapt to life on the East Coast and educate our two children.

The third incident happened in 1996 when Grace had a stroke, causing left hemiparesis. At that time, we were living in suburban Philadelphia; Chung-Hsiu’s family were in Cherry Hill. We visited his family many times, often discussing his interests in meditation and “Qi-Gong.” After her stroke, Grace discovered her major problem was to maintain balance during physical therapy. Chung-Hsiu visited Grace at the Moss Rehab Hospital several times and made “Qi-Gong” video tapes for her to practice. After she was discharged from the hospital, he continued to call to make sure she was able to resume her balance through “Qi-Gong.” It was miraculous that within a few months we were able to travel together to San Francisco and Paris. In addition to teaching Grace “Qi-Gong,” Chung-Hsiu shared with us his many interests, which has enriched our lives. We now enjoy watching various video documentaries, thanks to his encouraging us to watch “Legacy: A Search for the Origins of Civilization” by the famous British historian, Michael Wood. We have learned about various, fascinating topics that we would not have known about had Chung-Hsiu not shown us that first documentary.

Chung-Hsiu was a multi-talented person. In addition to playing violin, he had talents in painting and Chinese character calligraphy.  In his spare time, he practiced meditation, played tennis, and sang Karaoke. He and Fang-Rong were always generous to friends and neighbors. We fondly remember the delicious gourmet dishes they often prepared to entertain friends.

In 2002, at my retirement, I had an opportunity to organize a medical symposium as my “swan song.” I decided to make it unique by inviting my former chairman, mentors, national and international colleagues, classmates, students, and our son Michael to give presentations. I invited Chung-Hsiu as my classmate. He gave an excellent presentation on “Syndrome X” which was rarely discussed in medical textbooks.

Grace, Michael, Carol, and I grieve the loss of such a great friend who played such an important role in our lives. We are deeply grateful for our friendship with the Wu family and all that they have done to enrich our lives. 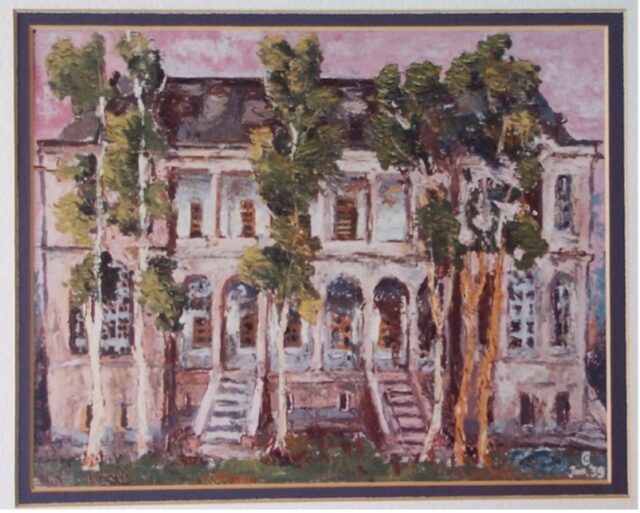 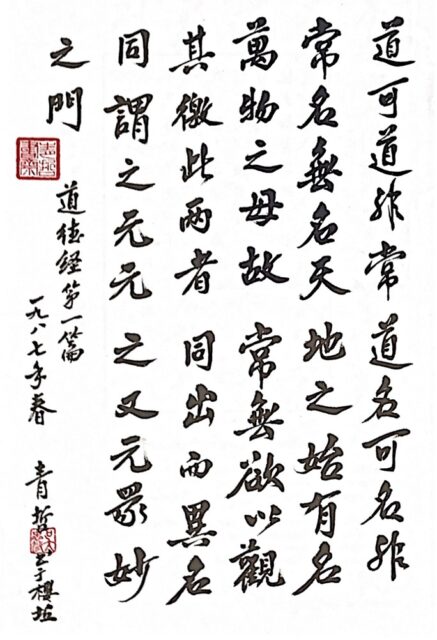 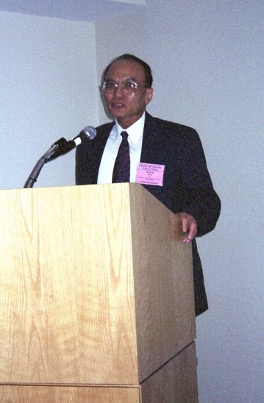 Figure 3 Chung-Hsiu was an invited speaker in the Medical Symposium at Albert Einstein Medical Center, Philadelphia, 2002