To many of us, art and science have nothing in common. But to Distinguished Research Leader Chao-Min Liu, Ph.D., who has spent nearly three decades as a Roche scientist and even longer as a fine art painter, both are deeply rewarding passions that let his intuitive creativity flow.

Chao-Min Liu was driving home from North Jersey on a cold winter day as the sun was about to set behind a shallow reservoir. Crimsons and yellows snuck through heavy clouds and danced on the frigid water. Quickly, he turned his car around, pulled off the road and sketched the gorgeous scene before the light changed.

“Then I rushed back home to paint, while it was still fresh in my mind/’ said Chao-Min with an easy smile.

With a paint-box, easel and sketchpad always in the trunk of his car, it’s not unusual for the Distinguished Research Leader in Discovery Technologies to make spur-of-the-moment stops to capture striking images.

From the time he was a young boy, watching his artist father create images in their native Taiwan, Chao-Min Liu fell in love with oil painting. One of seven siblings, he was encouraged to pursue a more stable career than art, but he continued to paint even as he earned degrees in biology from the National Taiwan University.

His palettes travelled with him in 1963 to the U.S., where he received a scholarship to the University of Wisconsin, Madison, WI, and earned his M.S. and Ph.D. degrees in biochemistry. The canvases came, too, when he started working at the Waksman Institute of Microbiology at Rutgers University and then joined Roche in 1972.

Since then, he has combined his scientific career with a very rich art life that has included studying with several renown artists, exhibiting in solo art shows in Taiwan and being honored at several juried exhibitions in the U.S.

Over the years, Chao Min has painted hundreds of canvases, most of which are amassed in his Cedar Grove, N.J., basement

“I’m not so interested in promoting my work in shows or advertisements.” he said with a shrug. “Mostly, I actually just want to paint.”

And that he does. Every Saturday, Chao-Min spends hours at the Art Students League of New York, where he is a lifetime member. The prestigious 130-year-old art school has welcomed many important artists as attendees and instructors, and contributed to numerous influential schools and movements in the art world.

“I tell my wife not to look for me on Saturdays; I am painting,” he quipped.

In addition to his unplanned stops when he’s enroute somewhere else, the artist also tries to paint regularly on Sundays, preferably outdoors if weather allows. At night, he frequently stretches canvases while watching TV or listening to music.

Best of Both Worlds

While his portfolio includes many portraits and still lifes, Chao-Min is drawn to landscape settings, which he captures broadly and quickly in what he terms a “realist-impressionist” approach.

“I go from the big picture. I know the academic way of painting is to pre-draw, but I just draw and paint at the same time. I work fast and try to capture the essence of a place, and then I can add more details if I want,” he explained.

Certain locations are favorites, such as a protected bird-watching spot in Montclair where he has done a series of paintings over different seasons. He was drawn back to that spot on 9/11.

“I knew I could see the skyline from there, so I wanted to make a small sketch,” he recalled.

For Chao-Min, his artwork is his way of communicating, “I’m not a good talker. My pictures tell many things.” The father of two grown sons jokes that he does have to spend time with his wife, Sharon, and do things not related to science or art. But he is greatly satisfied with his dual passions.

Although seemingly dissimilar, Chao-Min, a fellow of American Academy of Microbiology and co-author of over 50 scientific research publications and 36 U.S and foreign patents, said art and science are “very complementary.”

“When you do research, you need precise tools and logic to analyze data, but very often it is intuition that lets you see patterns and discover results,” he said. “I think painting is the same thing. Artists need to master certain techniques before they can use their intuition and creativity.” 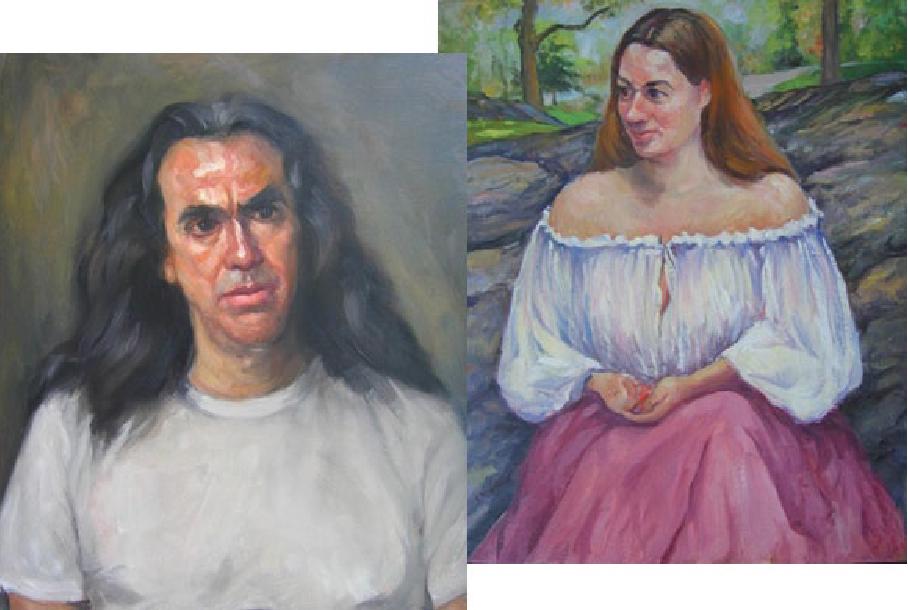 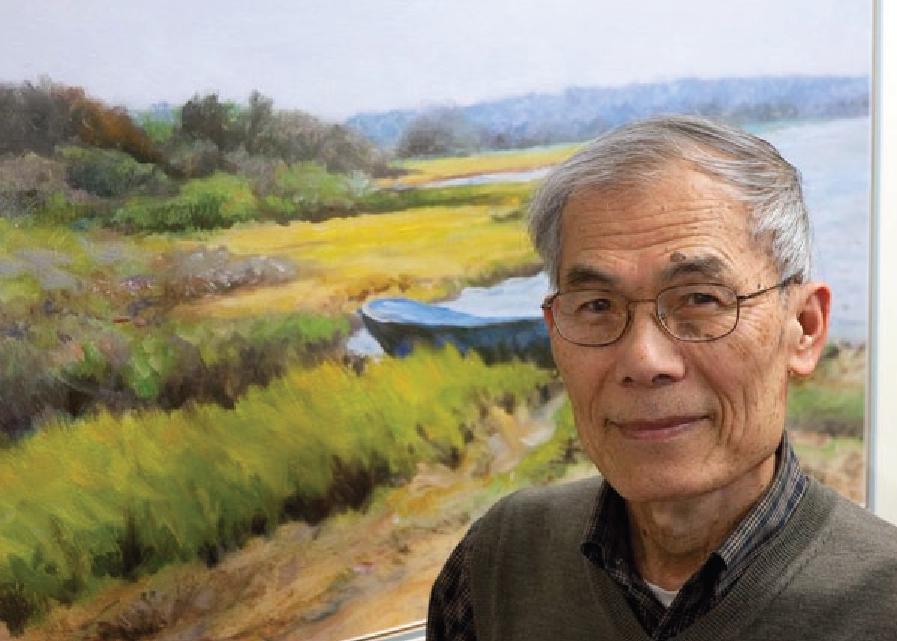 Chao-Min Liu poses in front of one of several of his works that were made into fine art prints by Roche Photography & Digital Imaging and hang in Building 123. 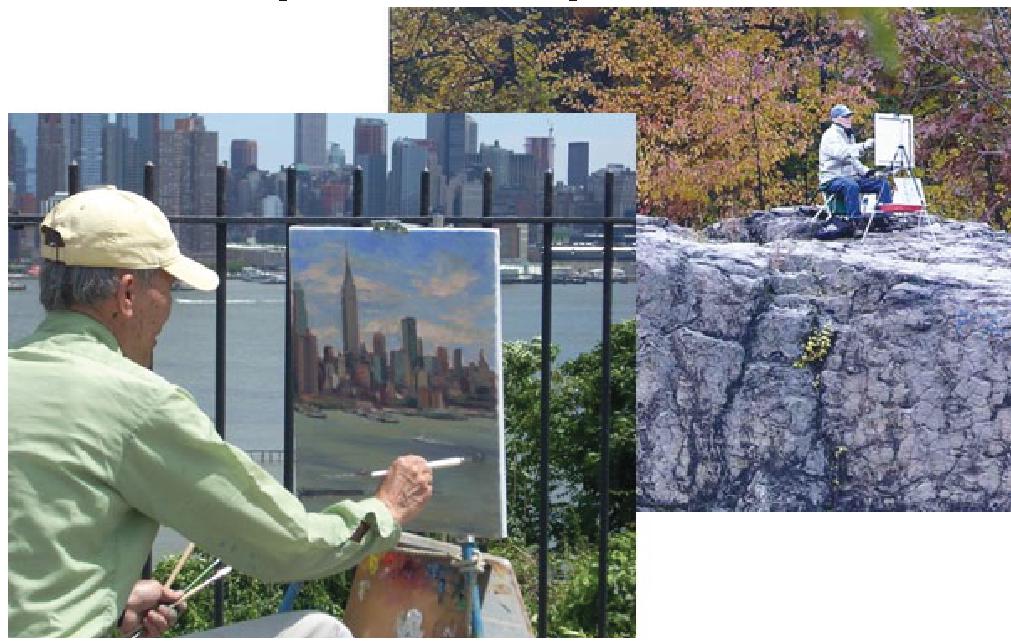 Chao-Min is often found painting en plein air, as seen in these candid shots taken years apart by Bergen Record photographers who happened upon the artist.

Chao-Min Liu, co-author of over 50 scientific publications and 36 patents, feels fortunate to be able to combine a fullfilling scientific career with a very rich art life. 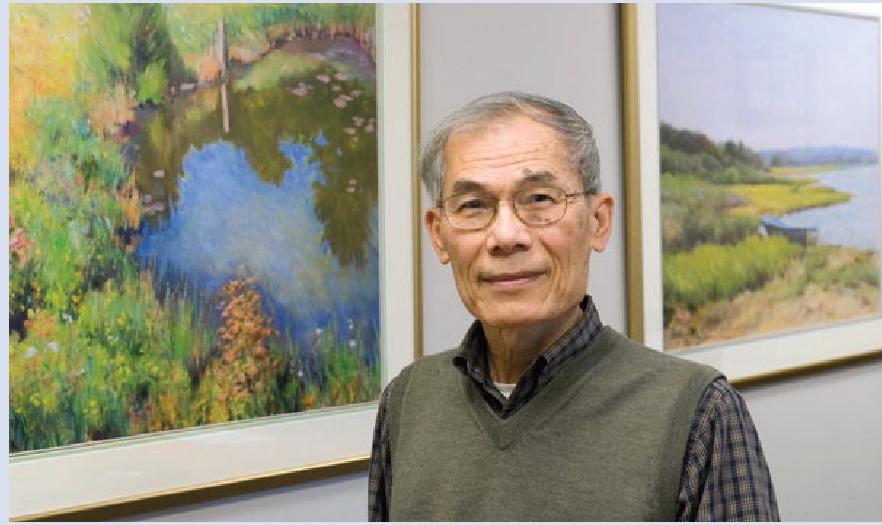 While Chao-Min Liu shies away from public shows, he agreed to join a California friend in a two-man show at the Amerasia Bank, 2nd floor Gallery, 40-06 Main Street, Flushing, N.Y.