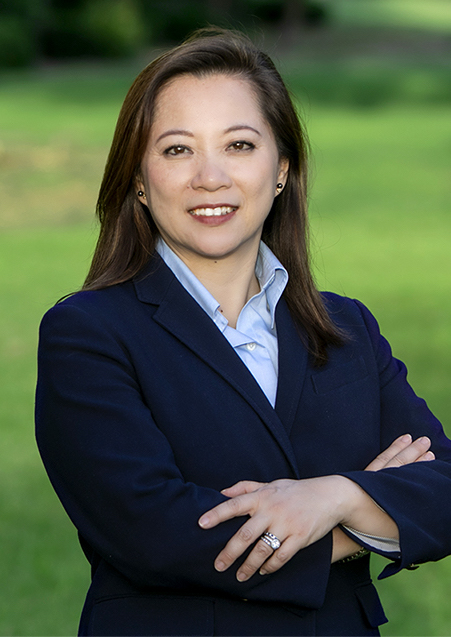 Peggy Huang (黃瑞雅 Huang Rui-ya) was born in Taipei, Taiwan and immigrated to the United States with her family when she was seven years old. She attended the University of California, Berkeley, graduating with a bachelor’s degree in 1993. During her undergraduate studies, Huang interned with the Senate Judiciary Committee. She moved back to Taiwan after graduation to improve her Mandarin and Taiwanese language skills.

When she returned to the U.S., Huang studied for and earned her J.D. from the McGeorge School of Law at the University of the Pacific in 1997. During her time in law school, she interned at University of the Pacific’s Community Legal Services and at the Sacramento County District Attorney’s Office’s domestic violence clinic. She also worked for Family Services of America in Washington D.C., where she worked on the Welfare Reform Act, the Adoption Assistance Act, and the Illegal Immigrant Reform and Immigrant Responsibility Act. She served as president of the Board of Directors for Lifesteps Children and Family Services and is the founder of the Yorba Linda Gracious Living Society. She has also served as the Neighborhood Watch Coordinator for the Vista Del Verde community.

Huang began serving on the Yorba Linda City Council in 2014, was appointed as Mayor Pro Tempore in 2016, and held the role through 2017. She is Vice-chair of the Republican Party of Orange County and a Duty Attorney General in the Office of the Attorney General, Criminal Appeals, Trial, and Writs section. Her core issues are community oriented, with specific focus on advocacy for abused, neglected, and developmentally delayed children. In 2019, she announced her bid for a seat in the House, representing California’s 45th congressional district.

In 2014, she graduated from the Marian Bergeson Excellence in Public Service Series, and in 2019, T.A. Archives selected her as an Outstanding Taiwanese American.