Campaign launched on January 8, 1987 by the Taiwanese American Citizens League (TACL) in preparation for 1990 census

Information from the TA Archives, describing this project:  “A video-based program introducing the impor­tance of the 1990 census for Taiwanese Ameri­cans was designed and produced mainly by TACL5s 1990 Census Committee. The video tapes, in Taiwanese, Mandarin, English and Hakka’s versions, were distributed across the country through local TACL chapters as well as other Taiwanese organizations.” (Source: TA Archives)

Informational Flyers created and distributed by the TACL Census Team to encourage people to write in “Taiwanese” on the census. 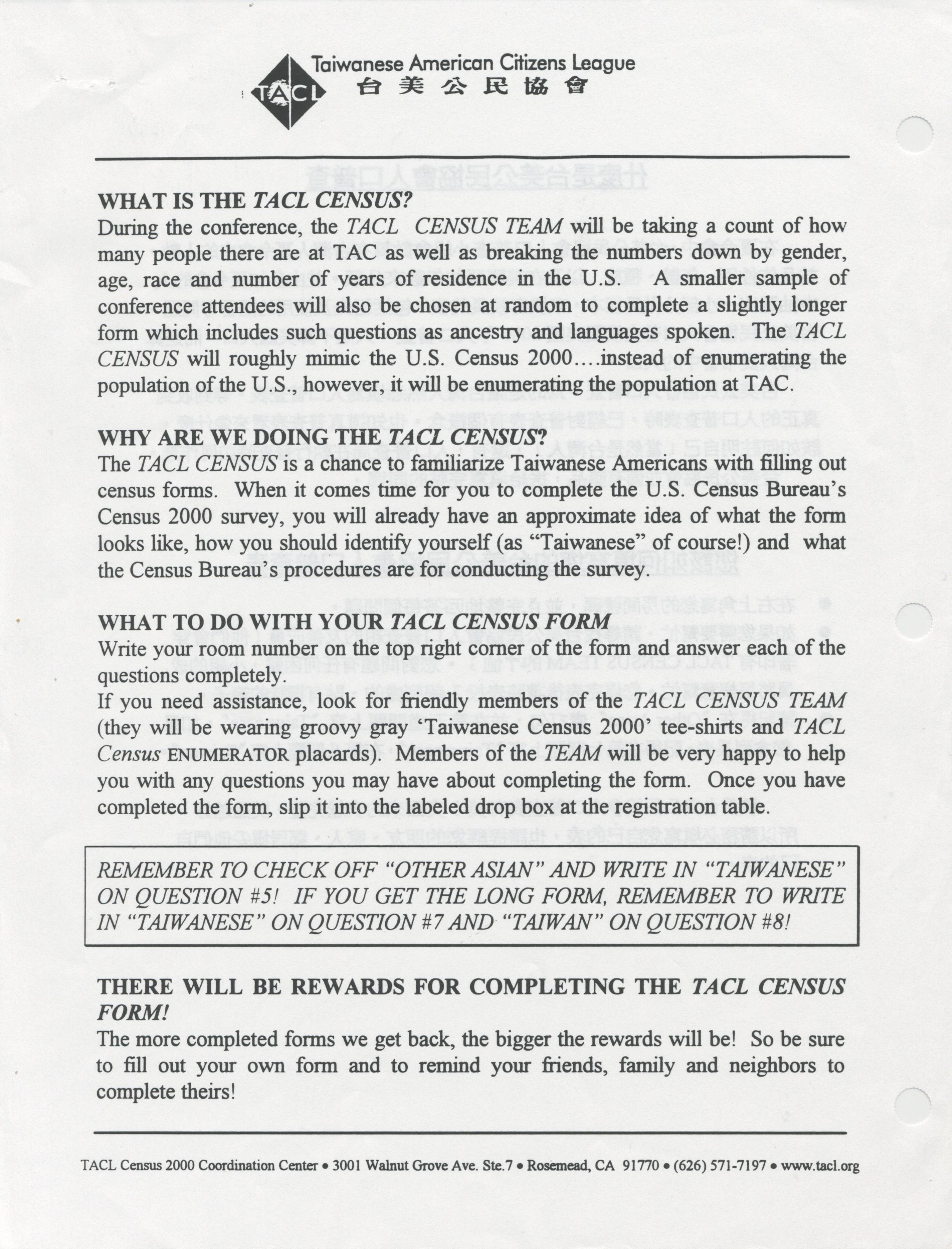 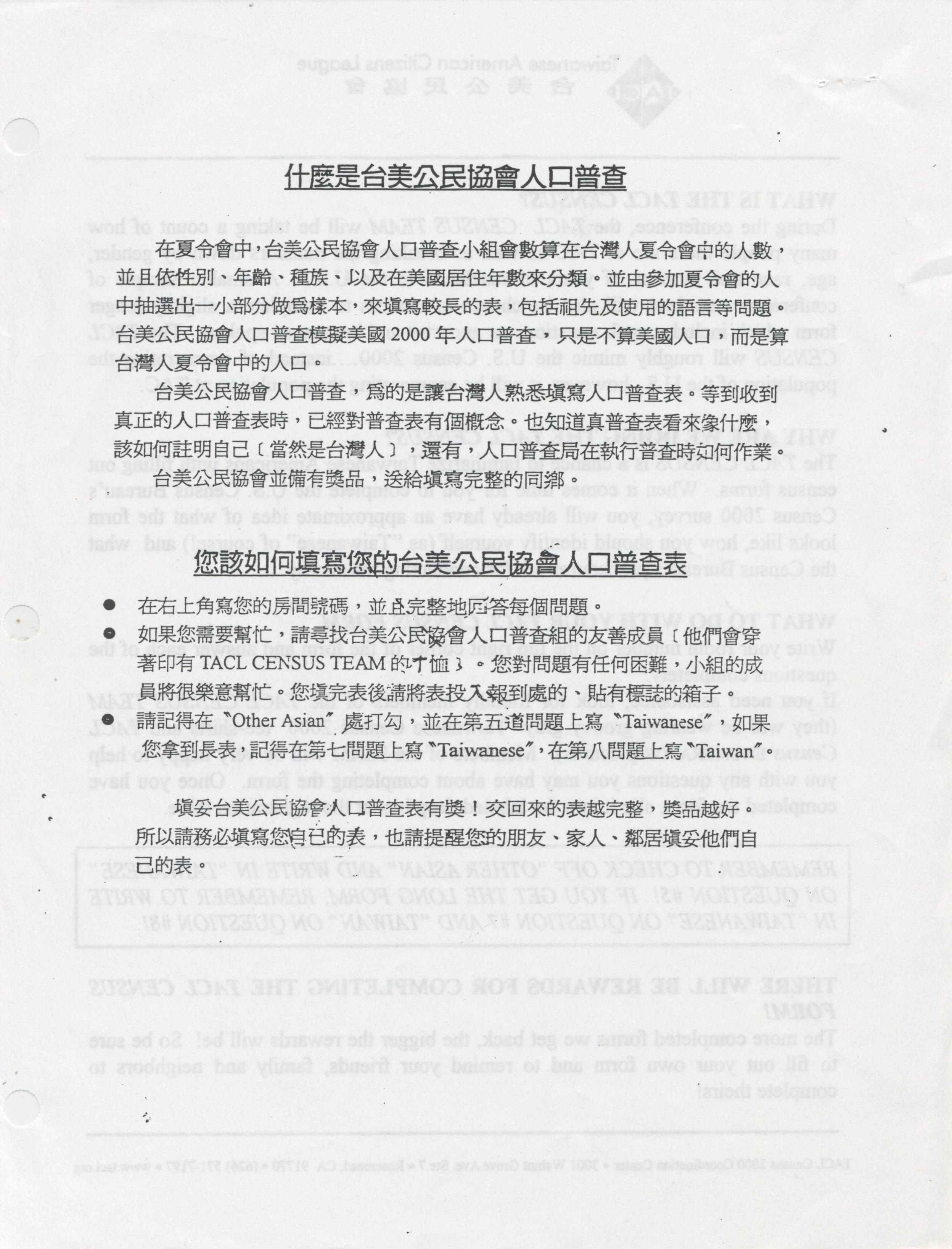 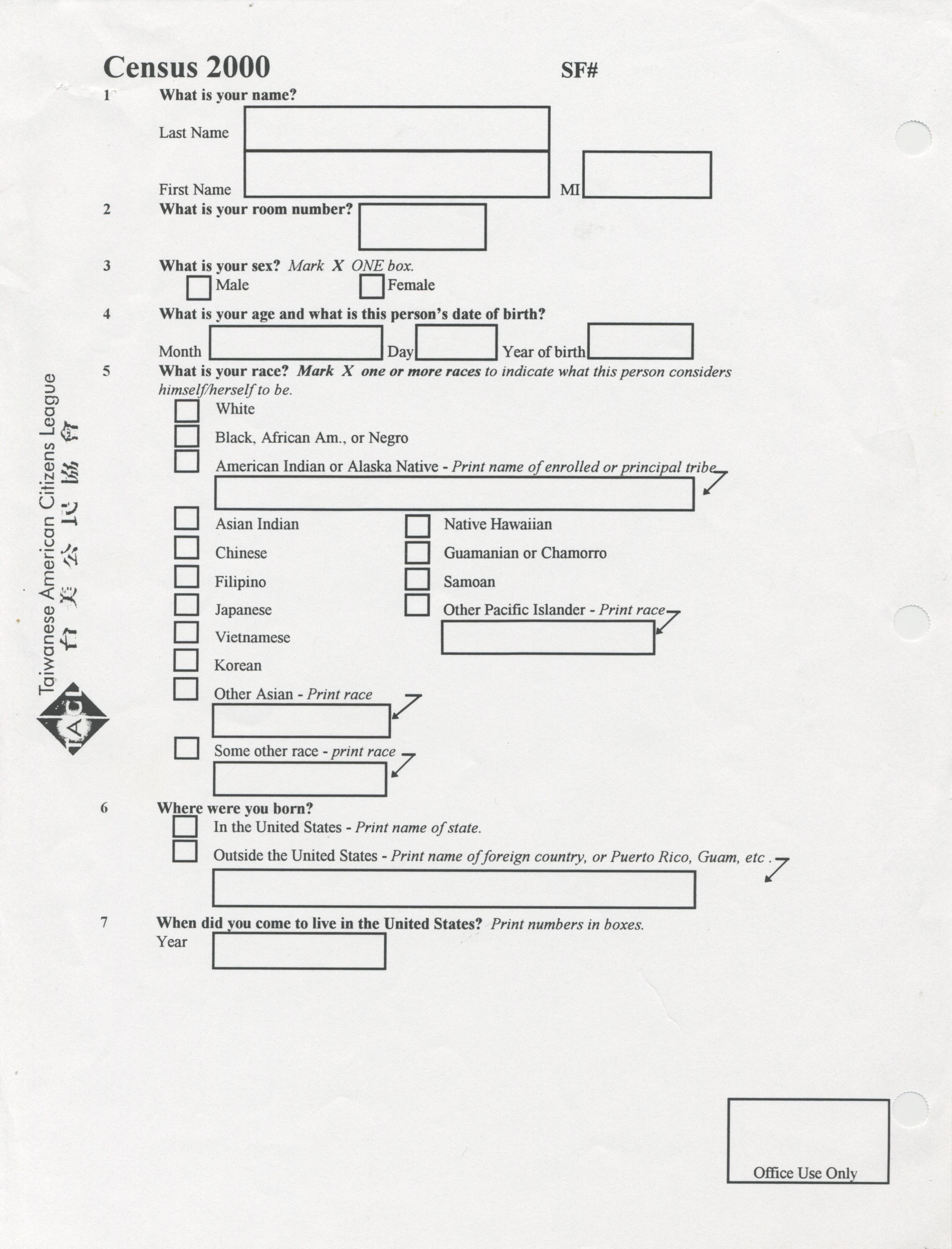 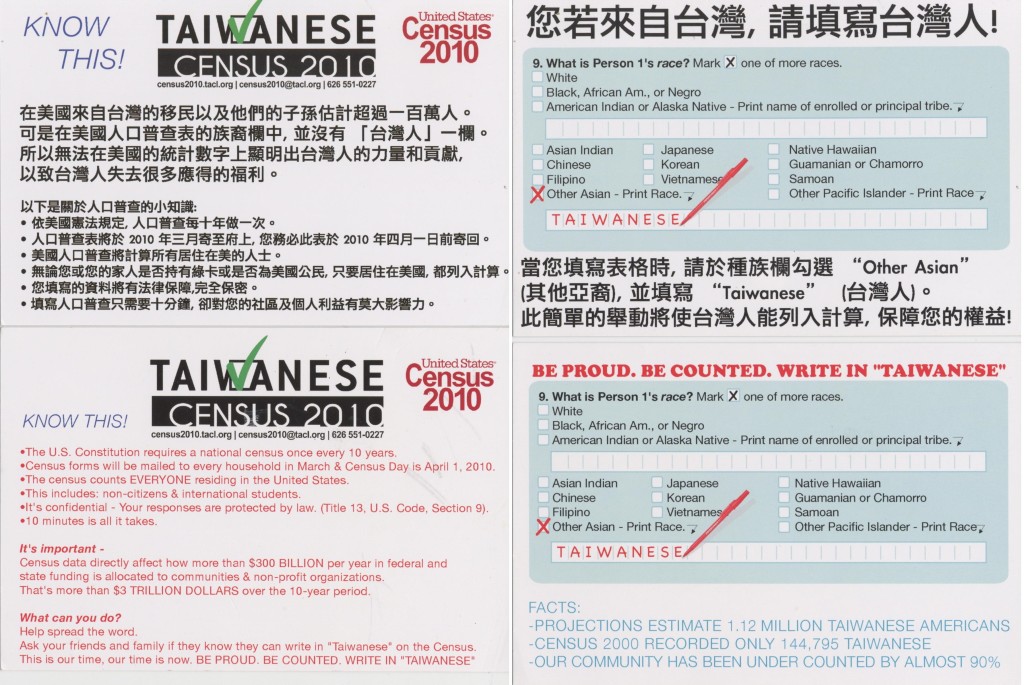 March 2017 – Representative Ted Lieu calls on the U.S. Census Bureau to include a “Taiwanese” check box on the 2020 Census. Read more 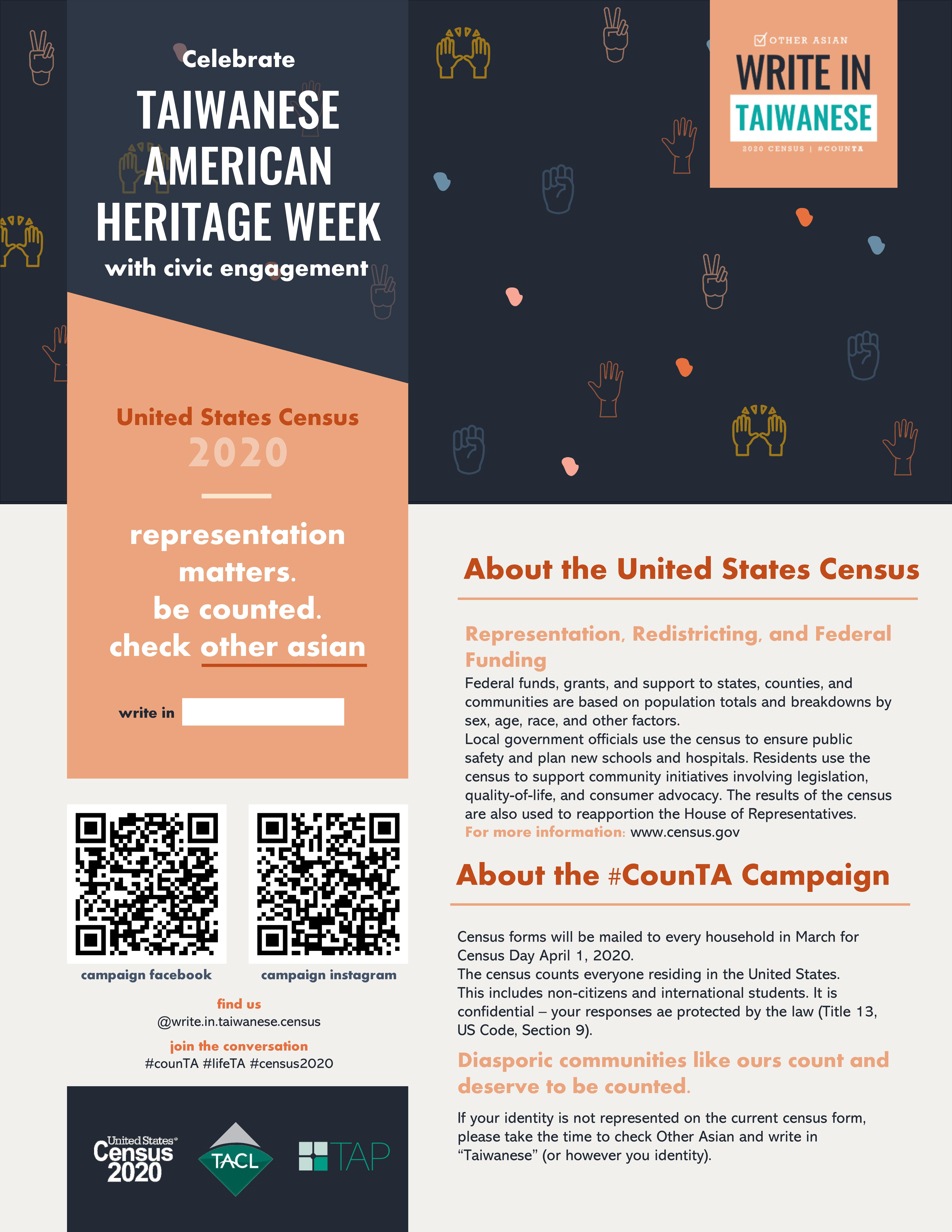 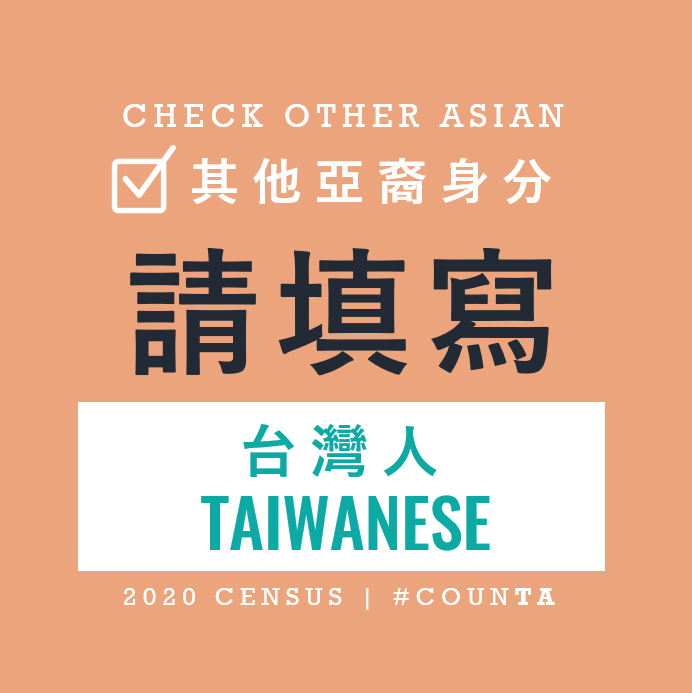 Other Promotional Events and Endorsements