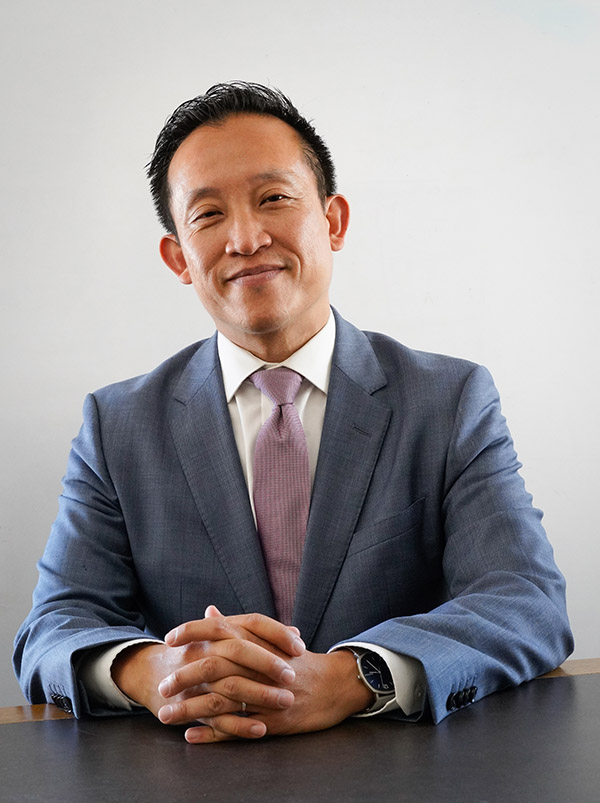 David Chiu (邱信福 Chiu Hsin-fu) was born in 1970 in Cleveland, Ohio to Hakka Taiwanese immigrant parents. He grew up in Boston, Massachusetts, and attended Harvard University where he earned a bachelor’s in government, a master’s in public policy, and his J.D. After graduating, he moved to Washington D.C. where he served as Democratic Counsel on the Constitution Subcommittee of the U.S. Senate Judiciary Committee, and as an aide to Senator Paul Simon. In 1996, Chiu moved to San Francisco, where he worked as a judicial clerk, a criminal prosecutor, and a civil rights attorney. He was founder and CEO of online communications technology company, Grassroots Enterprise, and a San Francisco Small Business Commissioner.

In February 2011, he ran for San Francisco Mayor, placing fourth. In 2013, Chiu announced his bid for a seat in the California State Assembly, representing the 17th District. Chiu won the election in 2014 with 51.9% of the vote and was re-elected in 2016 and 2018. In the 2015-16 session, Chiu was appointed as assistant speaker pro tempore, the third highest ranking position in the Assembly. In his first two terms, Chiu authored 48 bills that were signed into law, covering issues related to the housing crisis, LGBT families, women’s rights, sustainable transportation, and young voter registration. Chiu has also served as President of the Asian American Bar Association of the Greater Bay Area, and Board Chair of the Youth Leadership Institute. The World Economic Forum named him a “Young Global Leader,” and the National Asian Pacific American Bar Association listed him as one of their “Best Attorneys Under 40.” In 2019, T.A. Archives selected him as an Outstanding Taiwanese American.