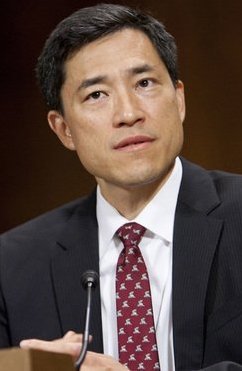 Raymond Chen was born to Taiwanese immigrant parents in 1968 in New York City. In 1990, he received his bachelor’s degree in Electrical Engineering from the University of California, Los Angeles, and in 1994, he received his J.D. from the New York University School of Law. After graduation, he began working at an intellectual property firm in California. Starting in 1996, he served as a technical assistant at the United States Court of Appeals for the Federal Circuit. In 1998, he began work at the United States Patent and Trademark Office as an Associate Solicitor. In 2008, he was promoted to Deputy General Counsel for Intellectual Property Law and Solicitor.