The Taiwanese Association of Greater Portland, Oregon – From Establishment up to Today

Portland is the largest city in the state of Oregon, located in the Northwestern United States. The number of Taiwanese living here is relatively small compared to other major cities on the West Coast, but recent years have seen more and more Taiwanese moving to Portland, and the number of people who have come to participate in our activities have also increased quite a lot. Nearly 200 people attended the Association’s Lunar New Year banquet this year. Perhaps due to the rise in housing costs in neighboring cities and the increase in employment opportunities here, the number of Taiwanese people who have come to Portland to start a business or retire has increased annually, making it so that the Taiwanese Association’s activities are all very lively and grand.

However, as former president Chang-hsi Chang tells it, when he moved to Portland in 1974, there were barely any Taiwanese people. Only the Chinese association had any Chinese activities, but the participants were all Cantonese people, and there were no other Taiwanese or Taiwanese-speaking organizations. So, in the early 1970s, a group of Taiwanese people who had come to Portland to start their own businesses and were missing their homeland of Taiwan decided to establish an organization for Taiwanese people. Given that Taiwan was still under martial law at that time, even if people were living in the United States, if they chose to join a “Taiwanese Association,” they would immediately be blacklisted. It was also understood that people would be too afraid to attend the association’s parties and activities, so they created the organization with the name “Taiwan Friendship Association.” A few years later, a professor from Portland State University became the president of the Taiwan FriendshipAssociation, and he revised the charter so that people who considered themselves friends of Taiwan, including people from China or other places, could join. After this, the Association’s members began to be mostly pro-Kuomintang.

The contents of this article were recorded on November 26th, 2017, when four former presidents of the Taiwanese Association of Greater Portland gathered to narrate the founding of the association. These individuals were Mr. Yao-huang Li (President in 1994), Shyu-Tu Lee (President in 1999 and 1999), Mr. Chang-hsi Chang (President in 2000 and 2001), and Ms. Chu-chih Weng President in 2004). Additionally, Ms. Chiao-yun Hsiao (President in 2015) and I, Chen-ya Chiu (current President) were also present to help record. 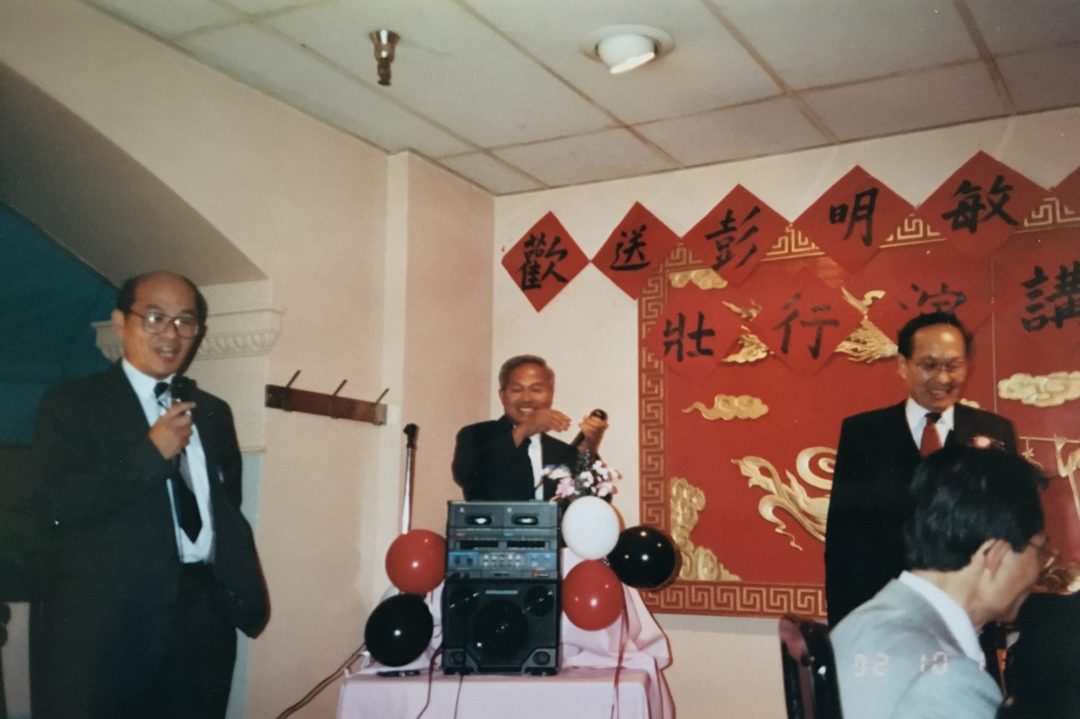 In 1996 when Professor Peng was selected as the Democratic Progressive Party’s Presidential Candidate, the Taiwanese Association of Greater Portland held a fundraising dinner to support his campaign. 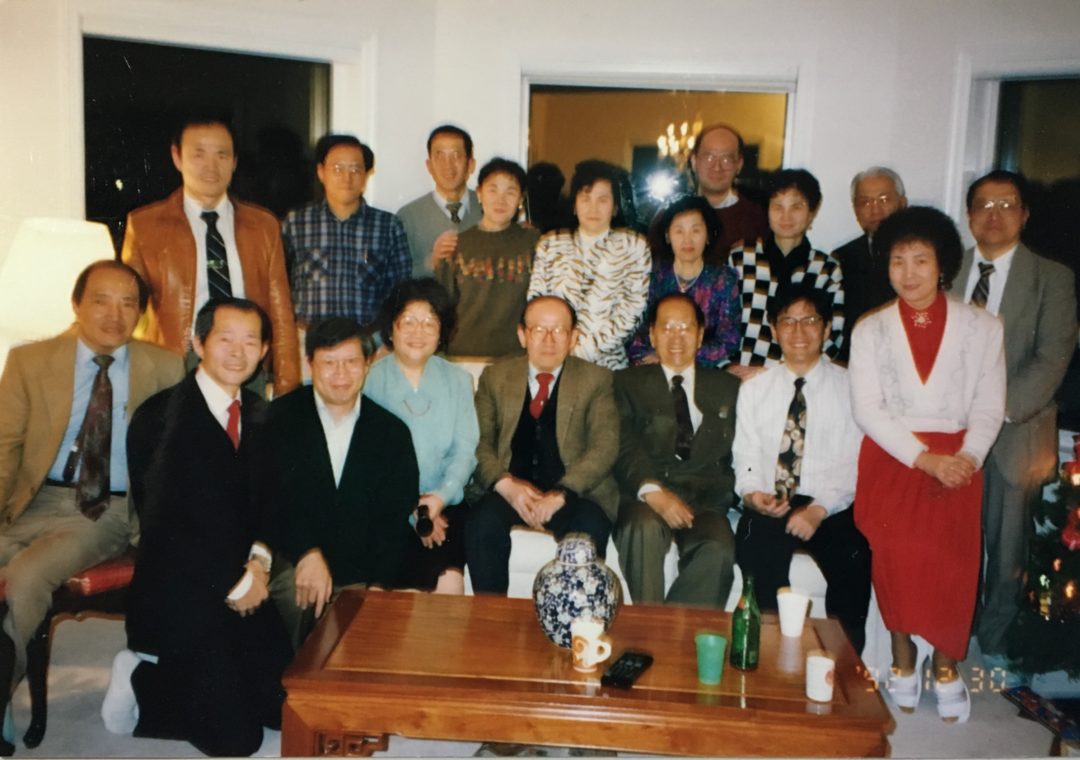 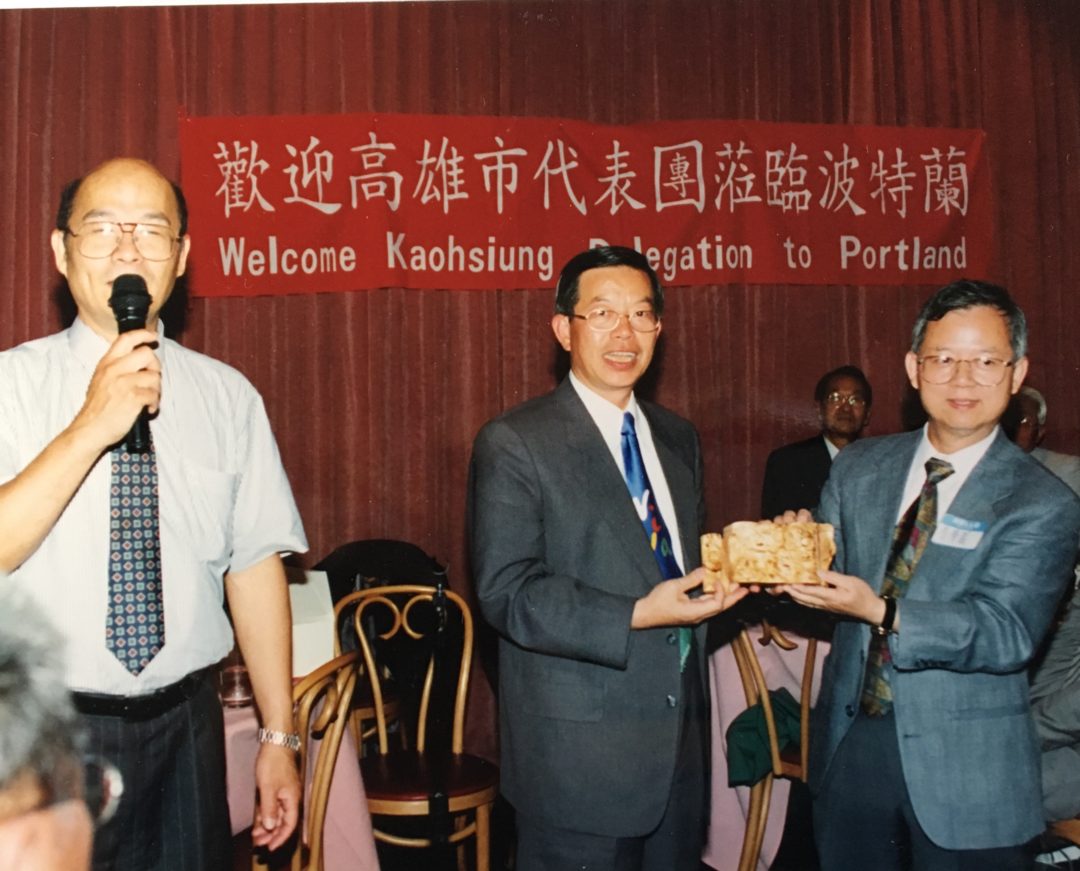 Hosting a city delegation and Mayor Frank Hsieh from Kaohsiung when they visited Portland in 1999. 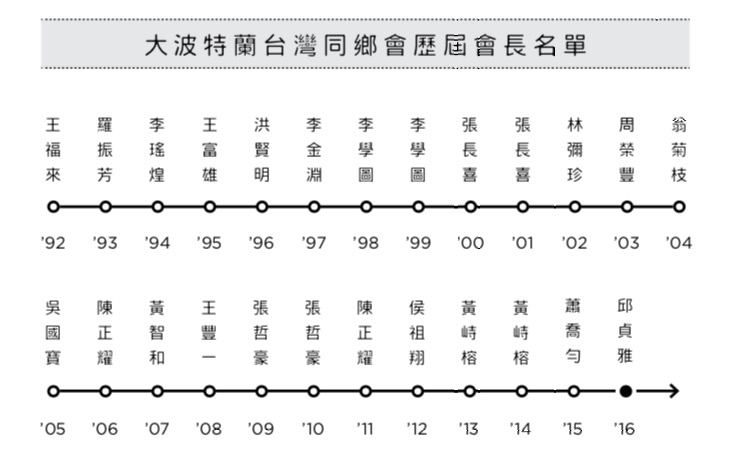